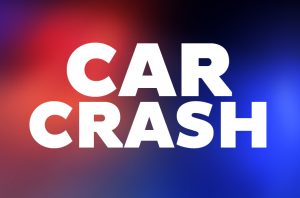 After our initial story posted earlier today Captain Rober new with the NCSO reached out to say that a Nelson County Patrol unit had not been hit. We still do not have a release from the Virgina State Police with their details of the incident.

We will update again when we do.

It was a scary few seconds for Nelson County High School teacher Jennifer Campbell late Tuesday night. She looked up and saw a car headed straight for her on Route 29 in the wrong lane. “I went to the shoulder. I really didn’t think. I just reacted,” Jennifer told us. She was on her way home late from the school around 10PM when she met the driver going northbound in the southbound lane about a mile or so from the 151-29 intersection. “Another inch and she would have hit me head on,” Jennifer continued.

The whole ordeal was especially unnerving to Jennifer who is pregnant with her third child due later this year. “Afterwards I naturally thought of being pregnant and the consequences.”

According to WSET ABC-13 in Lynchburg (in this story) the driver was DUI and eventuallly collided with a Nelson County sheriff’s unit. Captain Robert New with the Nelson County Sheriff’s Office tells BRL that the Virginia State Police is investigating what happened and they would have to make the release on information.

We have an inquiry into VSP Public Relations Director Corrine Gellar and will update this story once we hear back.

According to the WSET story, no one was hurt in the accident.