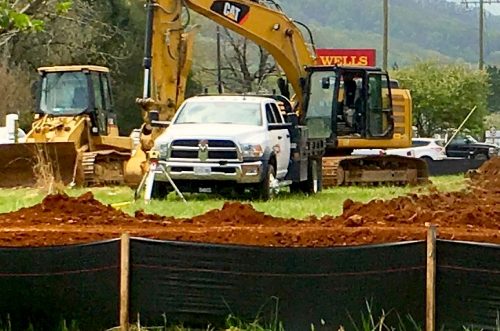 A few weeks ago we updated you on the progress of excavation on the site what a new Dollar General store in Nellysford, Virginia.

We’ve been following the developments at that location since our original story back in June of 2016.

This past Friday we noticed lots of heavy equipment working on the site. On two separate occasions we have reached out to DG media relations at their headquarters in Tennessee to get an update.

We inquired about the building permit at the site referencing Dollar General, yet BRL was was told in this story that no final decision had been made about locating in Nellysford.

We emailed after discovering the building permit and we called again this past Friday – April 14, 2017 to ask again for an update.

We’ll let you know what they say once we talk.