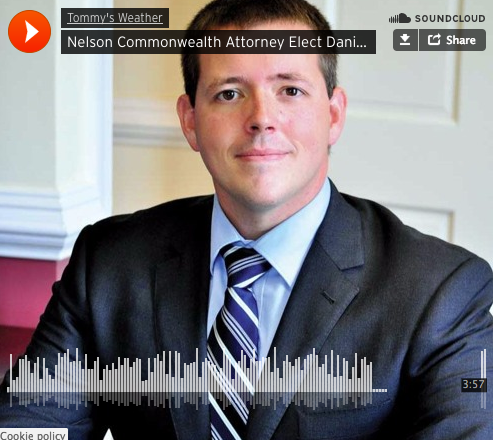 (Press the player button above to hear his interview with BRL)

BRL first broke the news Tuesday night that Daniel Rutherford has been elected the new Commonwealth Attorney for Nelson County in a Special Election.

As we told you back in January 2016 reelected CA Anthony Martin resigned only weeks into his new term. After that announcement three others including Rutherford announced they would run for the post. Rutherford had unsuccessfully run for the post originally back in 2011 where Martin handley beat him.