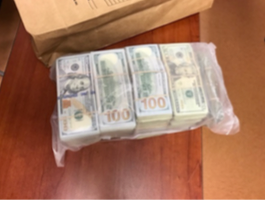 Responding Investigators observed signs of drug activity at the home which lead to the issuance of a search warrant. Deputies recovered several pounds of marijuana at the residence along with other suspected drugs. Along with these items, Investigators recovered over $100,000.00 in cash and three (3) vehicles.

Scott David Ivey, of Faber VA was arrested and charged with two (2) counts of Possession with Intent to Distribute Drugs. Mr. Ivey is currently being held at the Albemarle Regional Jail. No further information is being released on this case.