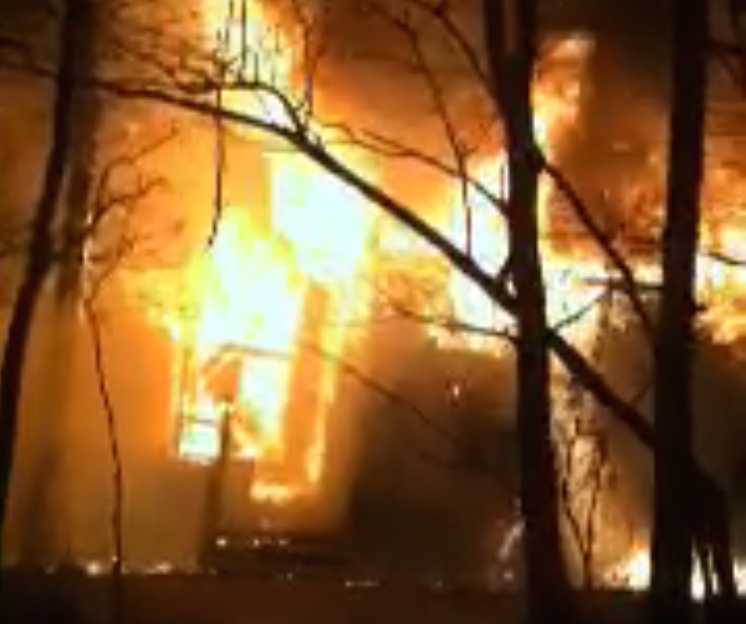 Above video from Friday night – November 27, 2015 of the house fire that gutted a home at Wintergreen.

On November 27th at approximately 7:00PM Wintergreen Fire Department responded to a reported house fire on Cedar Drive located in the Augusta County section of the Wintergreen Resort. Initial responders were on location in just under 4 minutes. Upon arrival the home was fully involved. The primary concern was to protect neighboring homes, as well as the adjoining National Forest. Crews had the fire under control by approximately 8:45PM, however remained on scene checking for hot-spots and repacking hose until approximately 1:15AM.

There were no injuries.