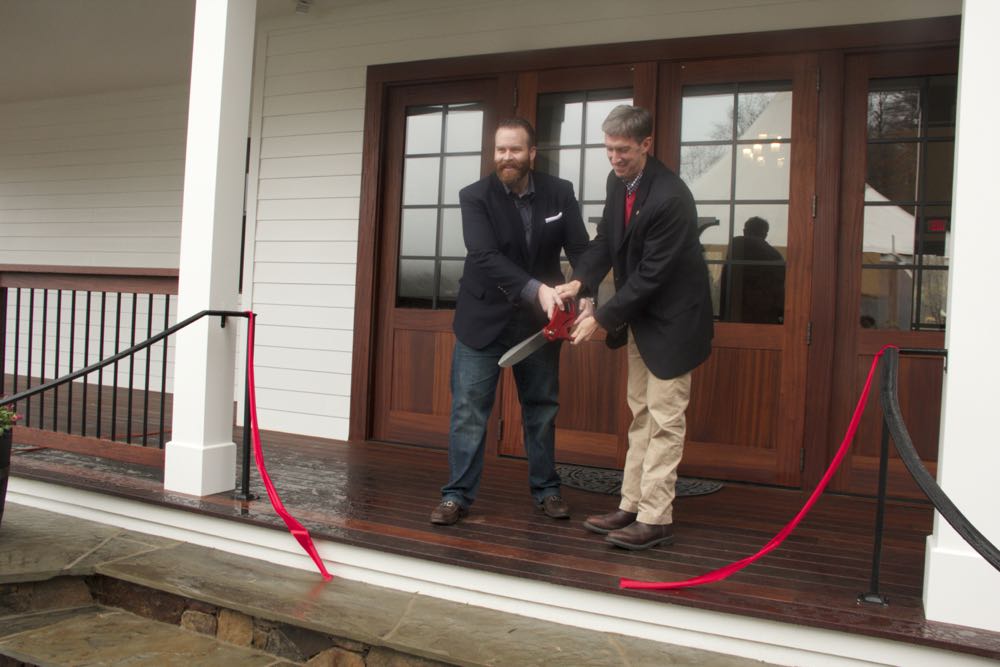 Lovingston
Nelson County, Virginia
After years in the making, Virginia Distillery Company will officially open this coming weekend on Saturday – November 14, 2015. Tuesday VDC held a ribbon cutting at the site of their operation located on Eades Lane just off of Route 29 north of Lovingston. The opening is the culmination of a 9 million dollar investment with its beginnings stretching all the way back to 2008. VDC makes American single malt whisky.

We’ve been following VDC since the very beginning here in Nelson with updates along the way.

See lots more of Shay’s photos from Tuesday’s ribbon cutting ceremony at VDC in our gallery above.

Good water could lead to an increase in local tourism.

Above more from our media partners and reporter Colleen Quigley over at CBS-19 The Newsplex.

Our photographer Shay Munroe spent several days shooting at the distillery. She and BRLM writer Jennie Williams will preview VDC and what you can expect in our upcoming December 2015 printed issue.