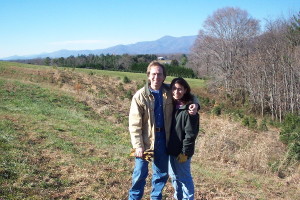 Ten years ago today something pretty special began. We’d left the TV news business the year before and on April 1, 2005 we started Nelson County Life Magazine [2]. For 8 years we brought you the stories and photos from all over Nelson. Back then it was just Tommy & Yvette. Today we’ve been joined by Junior Publisher Adam Stafford & Juniorette Publisher Peyton Stafford. In 2005 we were mostly black & white, today we are full color. The requests to go beyond Nelson were overwhelming, so, a little over two years ago we changed our name to Blue Ridge Life Magazine [3] and expanded. Today we cover stories from all over the Blue Ridge. 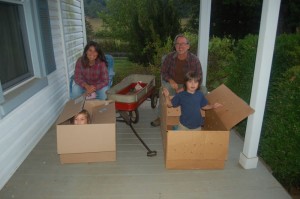 Today the BRLM team has increased from two to four! 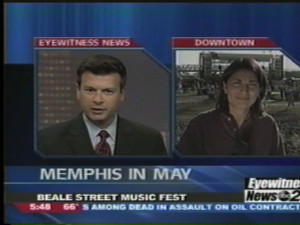 Blue Ridge Life Magazine Publisher Yvette Stafford in one of her final TV news appearances back in 2004. This was just before moving to Virginia to start our new lives here. 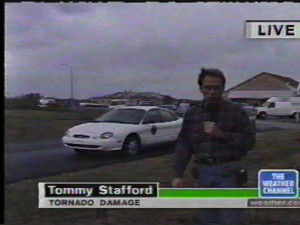 Long before Publisher Tommy Stafford started the magazine, he was chasing storms all across the mid-south area. He frequently was seen on television at storm locations. – In addition to the magazine, he recently began doing some on air weathercasting for CBS-19 The Newsplex in Charlottesville after a 10.5 year hiatus from the screen.

Scroll down below for a few memories from our very first issue! 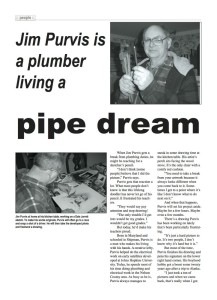 One of our first stories was on this man, Jim Purvis of Nellysford. Yeah, everyone knows Jim as the plumber and electrician, but few knew he had a talents as a wonderful artist and photographer too! From our April 2005 issue. 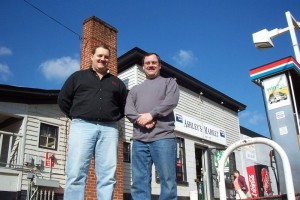 Our very first issue included two people that still remain some of our favorites today! Steve Patrick (L) and broither Barry stand in front of the original Ashley’s Market. The store has since been replaced with a modern pay at the pump variety! 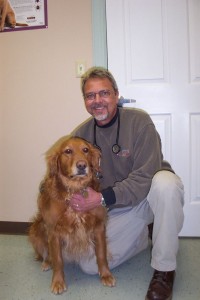 Long since retired, Dr. Steve Lotz still remains one of our best friends today. We just saw him last Monday. Here he’s in a story from our very first issue in April 2005. 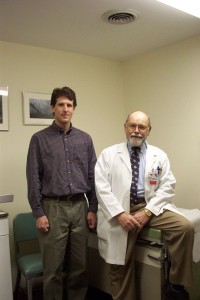 Long before our columnist Dr. Steve Schmitz had a new fancy modern office, he and Dr. Bob Raynor (a nelson legend and icon) shared this office near the 151 / Bland Wade intersection. Dr Raynor is retired these days in his 80’s and still active as ever. Dr. Steve practices with sidekick Dr. Charles Cole at Afton Family Medicine in their new building about 5 miles north of the original practice. The old building has been renovated and will become The Rockfish Country Inn that opens in May. 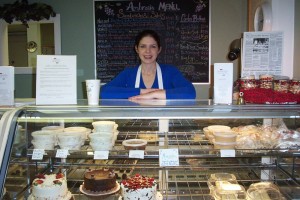 One of our favorite places to eat back in the day was Ambrosia in Nellysford right next door to The Blue Ridge Pig. Lisa Eslambolchi whipped up some of the best sandwiches and desserts around. Though Ambrosia has long been closed after Lisa eventually sold some years later, she continues baking today and her treats can be found in many area restaurants. 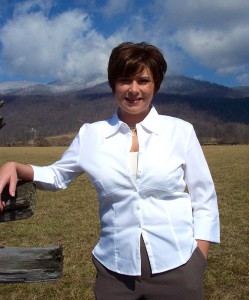 Still our buddy today and going strong in real estate! Sara McGann was one of our first realtors in the magazine. This was from her Sara Sells campaign back in April 2005. 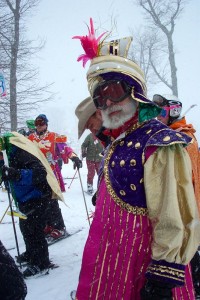 Back in April 2005 Michael Zuckerman was the director of Wintergreen Adaptive Sports. Today he’s retired but still very active. This shot was from the March 2005 Mardi Gras parade on the slopes. It’s still an annual tradition held at Wintergreen Resort. 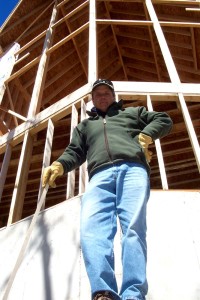 Known for building the big beautiful homes at Wintergreen, Steve Crandall, owner of Tectonics II Builders in Beech Grove was featured in our first first issue back in April 2005. Since then Steve has founded Devils Backbone Brewing in Roseland. His son Justin is slowly taking over the duties of operating Tectonics. 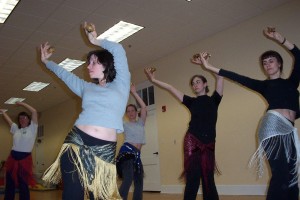 Yes. We. Did. One of our first stories was on belly dancing. Tommy shot this story (tough assignment but someone had to do it!) Joy Rayman in the foreground is joined by her belly dancing friends in this April 2005 story from our very first issue.

We will be taking a look back at our first 10 years each month throughout this year. We thank each and every one of you that have made our publication a success. Readers, advertisers, photographers, writers, sales people, and on and on!

Today as we were preparing this story we got a very nice email:

Today’s date (by which I mean that you probably are coming out with an April issue today, NOT anything to do with April Fool’s) makes me aware of how tardy I am in congratulating you on the excellent March issue, which I picked up at the Greenwood Store near Exit 107 off 64 a couple of weeks ago and have been reading gradually. I greatly enjoyed the articles on the Mountain View cheesemaker, on the Afton book shelf, and on take-out place in Stuarts Draft. Many thanks for the good work.
Sincerely,
Victor Luftig

This is why we do what we do. Thank you Victor and all who have sent word of encouragement over the years!