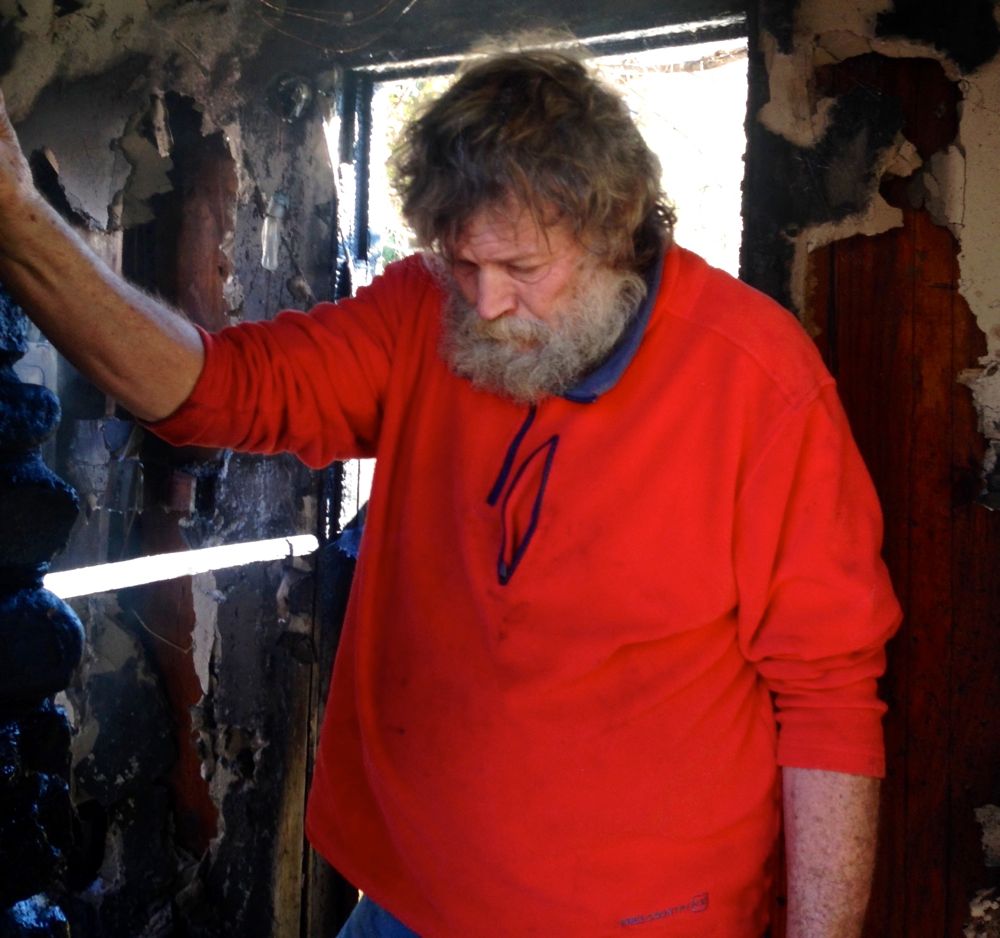 Jason Pugh, Wintergreen Fire and Rescue Captain says they got the call around 9:30 and the structure fire at the Blue Ridge Pig was contained and resolved in about five minutes upon their arrival.
Charles “Strawberry” Goodwin, Vietnam War Veteran says he was cleaning out the smokehouse (which he does about four times a year) and a hot spot went ablaze and caught the wall on fire.

Above the coverage from our media partners over at CBS-19 in Charlottesville.

Listen to Tommy’s initial report on the fire as crews were responding on Tuesday morning. Push play on the Soundcloud player above.

Straw is safe and sound and the restaurant won’t be missing a beat.
Although the smokehouse will take about a week to reconstruct, the Pig is still open for business and with plenty to sell!
Stop by and savor the flavor on this Veterans Day with your very own local veteran.

To view all of the photos from Tuesday fire at The Blue Ridge Pig, click on our Facebook album up above.

Original Post at 9:49 AM 11.11.14
Fire crews are currently battling a blaze at the smokehouse at The Blue Ridge Pig.