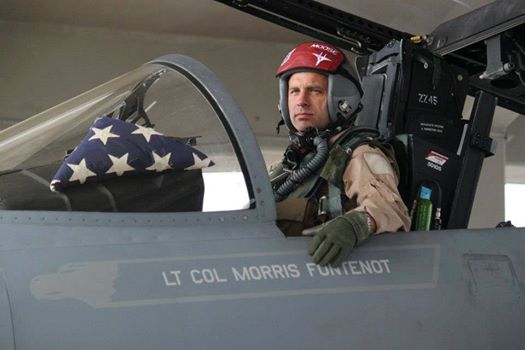 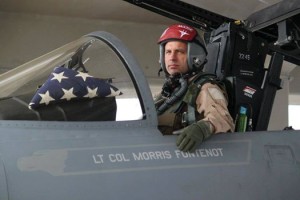 Following the fatal crash of a 104th Fighter Wing F-15C aircraft in the remote mountains near Deerfield Valley, Va. the family has asked that the unit share with the public the name of the pilot who was fatally injured Wednesday.

“On behalf of the family of our fallen pilot and with a sense of profound sadness, I am sad to share that Lt. Col. Morris “Moose” Fontenot Jr., was killed tragically in Wednesday’s F-15 crash,” said Col. James Keefe, 104th Fighter Wing Commander. “We all continue to keep the Fontenot family in our thoughts and prayers during this very difficult time,” added Keefe.

The investigation into the crash is ongoing.

The single seat F-15C aircraft was en route to Naval Air Station New Orleans to receive a radar system upgrade. The flight was not related to the 104th Fighter Wing’s homeland defense mission, and there were no munitions on the aircraft during this flight. The pilot was flying a solo mission when he reported an in-flight emergency prior to the loss of radio contact with Washington Center.

Officials confirmed Thursday evening at 5:00 p.m. the pilot was fatally injured in the Aug. 27 crash of an F-15C Eagle in the remote mountains near Deerfield Valley, Va.