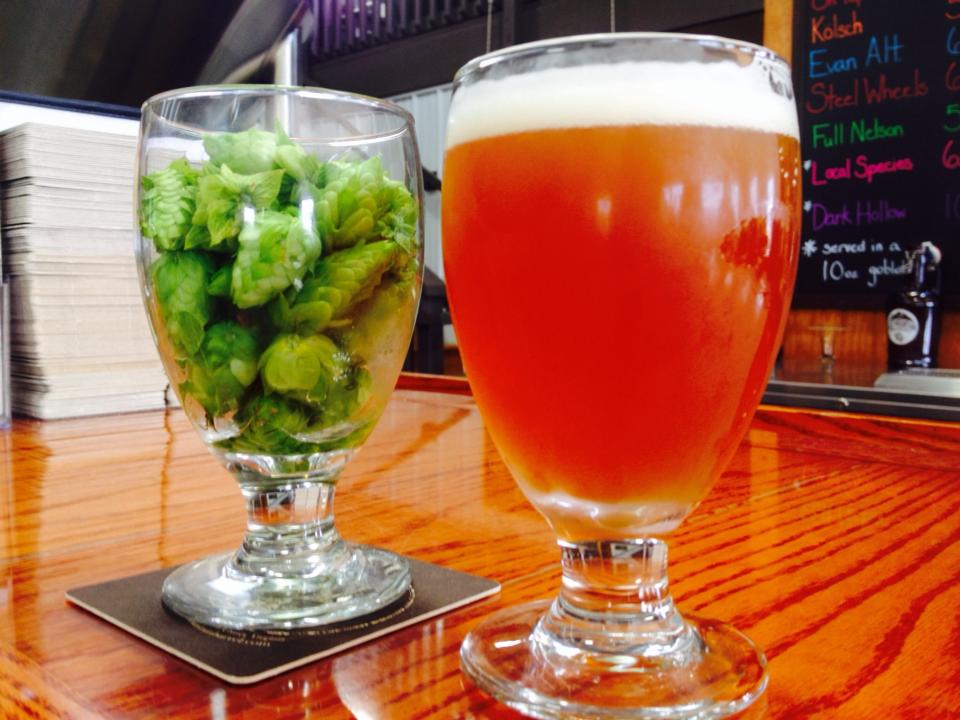 Wednesday afternoon brewers from several area breweries met up at Blue Mountain Barrel House in Colleen to put together another collaborative brew.

According to BMB co-owner and head brewmaster, Taylor Smack:

“ALL BRT breweries, beer is a two-part brew on our only-one-of-its-kind-in-the-US parti-gyle brewhouse. So we’re making sister beers from one common mash. First beer is a powerful Double IPA, 8.5%, uber-hoppy; second beer is a Session India Pale Lager at 4.5% with the same hop profile of the DIPA scaled down to size. Names are still up in the air but we’re thinking “Earth” for the DIPA and “Moon” for the IPL. Each brewery is contributing a special hop variety for this collaboration. We will have 60 barrels of beer (30 barrels of each style) when this is finished. We’re hoping a lot of establishments will feature both beers side by side so beer lovers can see how two beers born from the same mash can diverge and become so deliciously different.”

Can’t wait to try this one!

Check out past collaborations here.