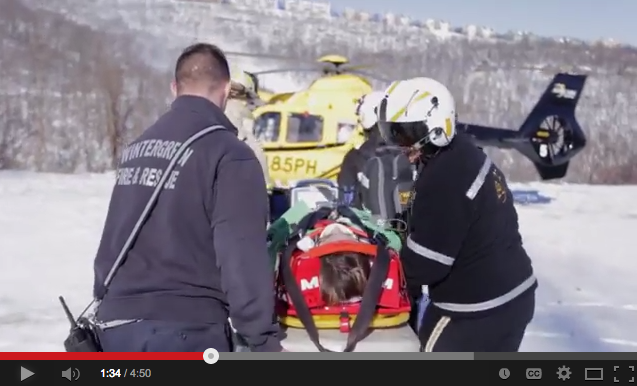 Wintergreen
Nelson County, VA
Wintergreen Fire & Rescue recently unveiled a striking video produced by a student at JMU in Harrisonburg. The production lasts just under 5 minutes and is worth every minute you watch. Having come from a video and television news background of 15 years, I can tell you the job this person did on putting this video together is stellar.

“They say a picture is worth 1,000 words. If that’s the case, a 5 minute video should speak volumes. Having been at Wintergreen for 15 years, I recognized that something clearly is different, and I needed to document the progress. The video produced by Riley Hanlon and his team from James Madison University. Film crews were with us for just 14 hours,” WF&R Chief Curtis Sheets said.

More of Riley Hanlon’s work in his video demo reel above.