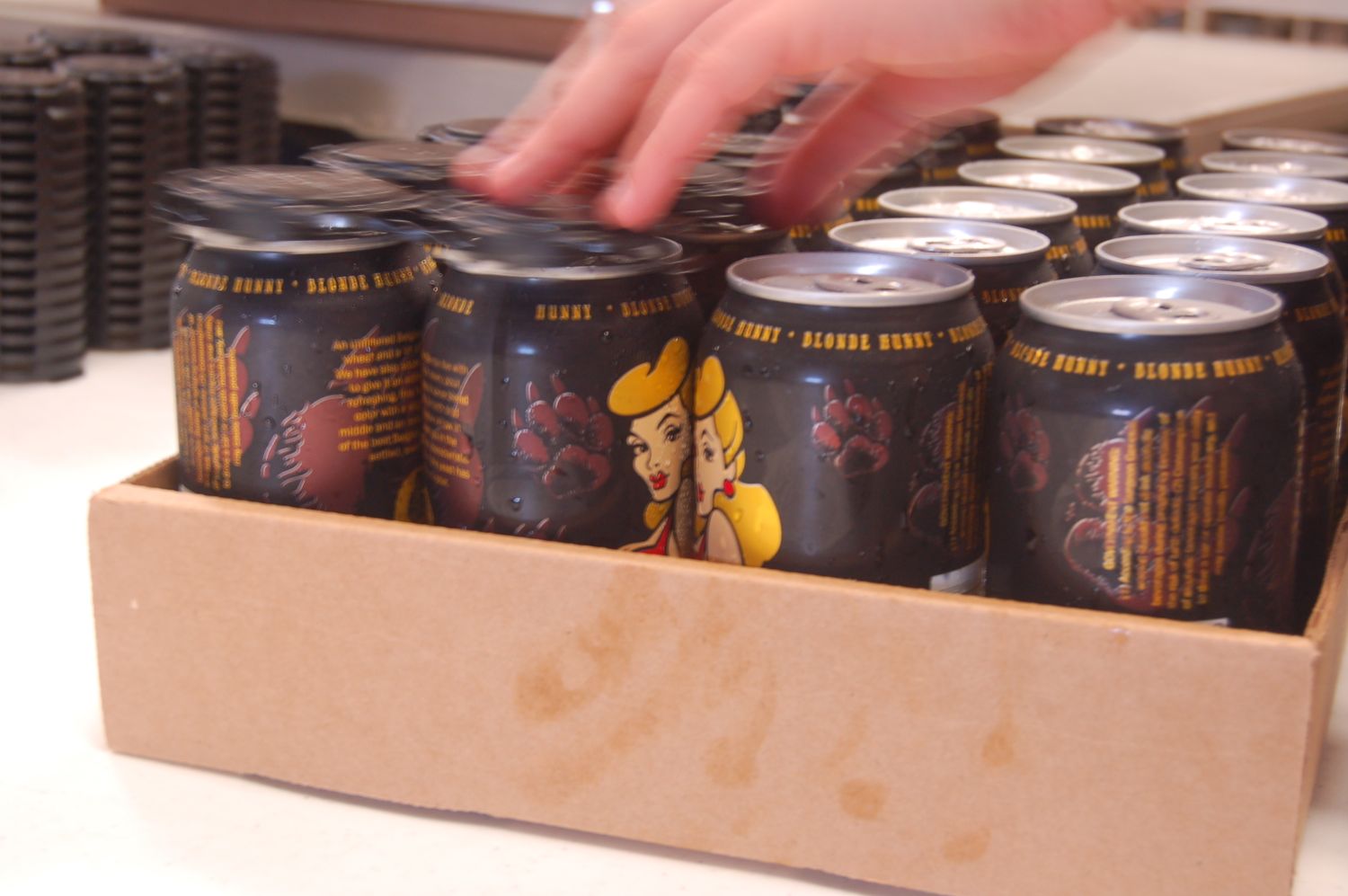 Nellysford
Nelson County, VA
We’ve been following the birth of Wild Wolf Brewing in Nelson County since the very beginning, even before the move to their current location.

Lots has happened over the years and now another milestone took place Wednesday as the brewery in conjunction with Old Dominion Mobile Canning filled their millionth beer. “We were the first company in Virginia to run with Mike, we did can number one with them. We got to do his first can and now his millionth can,” said Danny Wolf the brewmaster at Wild Wolf.

On April 18th 2013, Wild Wolf became the first client of Old Dominion, canning 400 cases of its flagship Alpha Ale. Since then, the mobile cannery has grown to service 8 breweries in Virginia and North Carolina including 16 craft beer labels and hopes to double those numbers in 2014. “This growth is proof-positive of our business model and the growing acceptance and movement to cans in the craft beer industry” said Old Dominion Founder and Managing Director Michael Horn.

More info on the canning event:

“Mobile Canning has gained popularity in the craft beer industry for a number of reasons: It gives smaller breweries the ability to distribute without investing unnecessary capital and dedicating valuable floor space to a canning line. It enables companies to increase brand awareness in a competitive market and it provides an opportunity for breweries to join the developing trend from bottles to cans in craft beer.

Wild Wolf Brewing Company made a calculated decision to can, rather than bottle, its 12oz house beers. “It was a very difficult decision” said owner Mary Wolf, “but in the end cans were the right choice because of their environmental qualities, and most importantly, their ability to uphold the freshness and integrity of our beer.”

Wild Wolf and Old Dominion are two pioneers, among many in the Virginia craft beer industry, that are paving the way for companies nationwide. Premium craft beer is popping up in cans all across the state. The negative connotation once associated with canned beer is beginning to unravel as brewers and consumers alike realize the benefits and potential. Old Dominion has canned one million beers in just under a year. That is 41,667 cases, 167,667 six packs, or quite simply, a LOT of canned beer.

About Wild Wolf Brewing Company
Wild Wolf Brewing Company is one of just a few mother son breweries in the country. The 6000+ square foot facility is located on ten acres in the heart of Nellysford, VA. The property features a brewpub, housed in a 105-year-old renovated school house, a new building housing the brewery and a sports pub, as well as five tobacco barns which have been converted into boutique shops. Brewmaster Danny Wolf is constantly working with his team to create fresh batches of Alpha Ale, Blonde Hunny, American Pilsner and a variety of innovative seasonal and specialty beers. Wild Wolf is open daily from 11:30 am to last call on weekdays and 11am to last call Saturdays and Sundays and serves a full menu as well as brunch on Sundays, 11am – 2pm.”