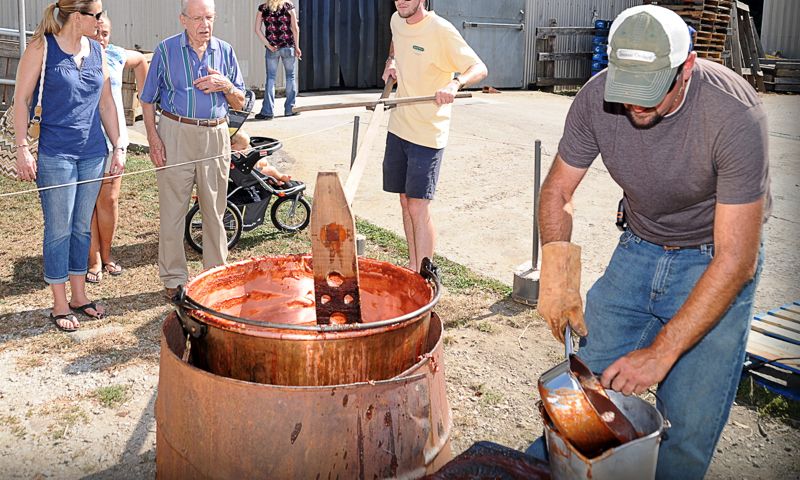 Tyro
Nelson County, VA
For years we’ve been telling you about the annual Apple Butter Makin Festival at Flippin-Seaman in Tyro, VA. Just this year there’s been a tiny name change to Silver Creek and Seamans’ Orchards, Inc. Not to worry, nothing has really changed other than the name. The family’s and the feel are all still the same as you’ve come to expect! This past Saturday – October 5, 2013 the first of two festivals was held. The next one is later this month on October 19th.

Our BRLM Mountain Photographer came down off the hill to grab some shots at the first festival.

As we said, the next Apple Butter Makin Festival at Silver Creek & Seamans’ Orchards is Saturday October 19, 2013 beginning at 11AM.