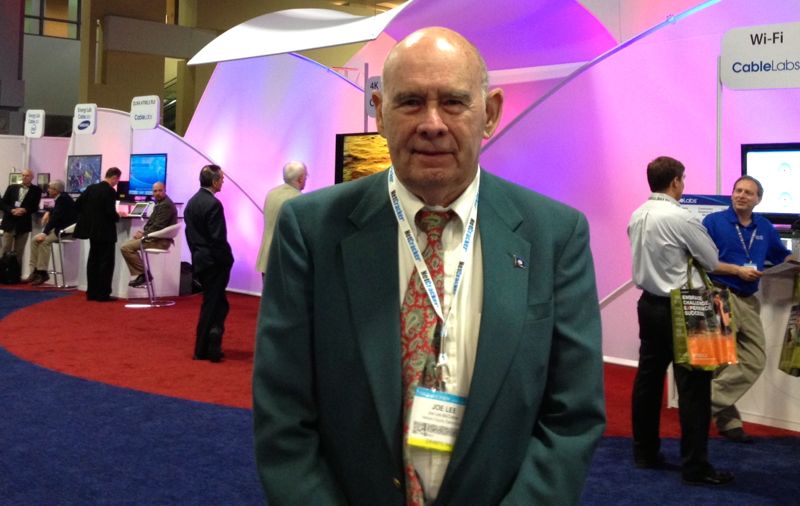 When Joe Lee McClellan bought into the cable television system in Lovingston in 1973 it was offering six channels for $4.95 a month – two ABC stations, two NBC stations and two CBS stations, beamed in from Roanoke, Lynchburg and Richmond.

What was then known as community antenna television had been born in the mountains of Pennsylvania in 1948 when an enterprising couple selling television sets figured they could increase sales if they offered better reception by erecting an antenna on a utility pole and connecting it by cable with signal boosters to customers’ homes.

But when McClellan purchased the Lovingston system, which had been built in 1967, from Burkes Fortune, Gene Beard and the Rev. John Gordon the state of the industry had not progressed very much. “We had 85 customers in Lovingston. We went as far north as Sunny Mountain Store, out Rt. 56 to Sam Eggleston’s house,” McClellan says during a break from walking the floor of the National Cable Television Association’s annual convention, held recently in Washington, DC.

He began going to conventions to learn about cable. “They held conventions in state parks. It cost $2 a night to park your camper. They had a cable feed to each camp site and meetings in a room that held 16 people, but you could sit in your camper and watch the meetings on tv,” he recalls. “It was all done on a shoestring.”

Today’s NCTA conventions are three-day affairs that draw thousands of cable providers, programmers and equipment companies showing off the latest technology and are held in major cities around the nation. There are dozens of sessions on topics ranging from advertising to cable’s economic impact as it attempts to deal with increased competition from satellite and wireless systems.

McClellan admits he knew little about cable when he purchased the system, but with Wintergreen being talked about – the resort property had been purchased and building would soon start – he sensed a business opportunity. He thought that under Federal Communication Commission rules he would automatically have the right to build a system there if he already owned a system in the county. He later learned that Wintergreen, as a private community, was not bound by the FCC rules.

“Back in 1983 we could offer 12 channels for $19.95 a month. HBO had just launched HBO/Cinemax. There was ESPN and TBS. One 16-foot dish could pick them all up.” The dish cost $5,000, the receivers, one for each channel, cost $3,000 each. You needed a modulator to put the satellite channel on the cable channel you wanted to assign it to, and a device to combine the signals onto the cable that brought the channels to the customers. The original equipment used vacuum tubes. Solid-state systems arrived later.

Today, Nelson Cable offers more than 200 channels at Wintergreen, as well as high speed internet and VOIP services, with tv packages beginning at $64.95 per month and internet service at $15.95, though one would need the $29.95 service to be able to stream Netflix. McClellan says he can compete head to head with satellite at Wintergreen. The Lovingston system offers only 34 channels and its customer base has shrunk.

McClellan would like to expand what cable can do at Wintergreen. On the floor of the convention in DC he could see the possibilities. Companies offered systems that would allow second-home property owners to control the lighting and heating systems in their homes using the internet in their primary residences. These systems also offer security monitoring using tv cameras visible on mobile devices wherever you happen to be.

He has hopes the new county broadband network will allow him to expand into other areas. But it will depend on whether it is cost-effective for him. He is used to operating on a shoestring.