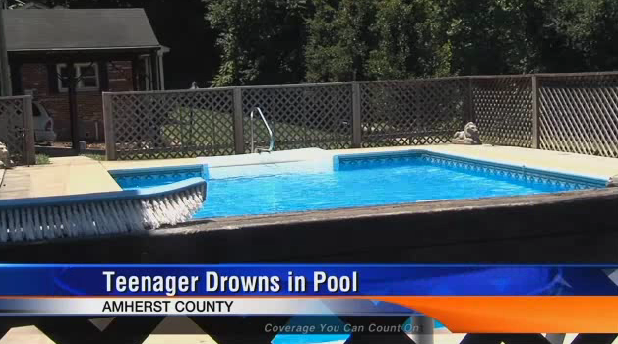 WSET.com – ABC13
Press play above to see ABC-13’s coverage from Lynchburg on the drowning of Zachary Barbour of Nelson County, VA

“Lowesville, VA – Folks in Nelson County are mourning the death of a 17-year-old who drowned Thursday night.

The medical examiner has identified that teen as Zachary Barbour.

Neighbors near where the drowning occurred didn’t want to go on camera, but they describe Barbour as a kind person, someone who stayed out of trouble.

The Amherst County public safety director says around 10:15 p.m., crews were called to the 200 block of River Jack Lane for a possible drowning.

They pulled the teen out of the water and began CPR, but he could not be saved. He was pronounced dead on the scene.

“A lot of times it takes just a few moments for someone to pass away due to a drowning incident, which is unfortunate,” added Gary Roakes.

Officials say the victim in this case did not know how to swim.

The last drowning in the county was almost exactly a year ago at a pond on Sweet Briar’s campus.

No word yet on funeral arrangements.”