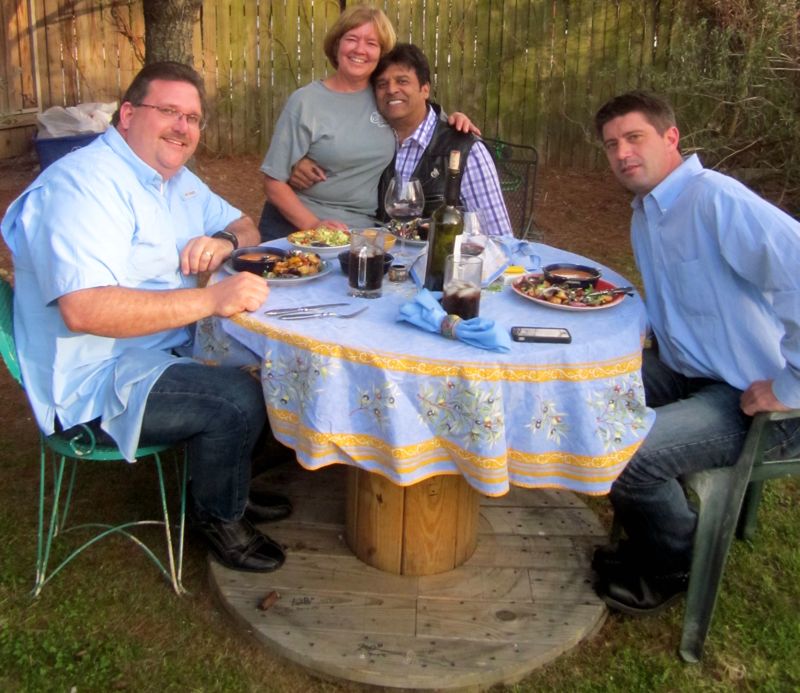 Nellysford
Nelson County, VA
“I was just about to close up the shop for the evening when these gentlemen dropped in and asked if they could have a bite to eat,” Bev Lacey, owner of Basic Necessities told us. Little did she know she was about to host one of the most popular television stars from the lates 70’s and 80’s. Erik Estrada, co-star of CHIPS, best known to many as Ponch’ Poncherello, the sexy California Highway Patrol motorcycle cop. Estrada was in Nellysford earlier in the night at Rockfish Baptist Church to promote a film he recently starred in called Finding Faith. “The film “Finding Faith” is a full-length narrative motion picture that features child advocate and celebrity Erik Estrada. The film, set to be released in early 2013, tells true stories and experiences from law enforcement officers with the Internet Crimes Against Children task force. The film is family friendly and a faith-based production in association with Liberty University and Thomas Road Baptist Church,” according to the description on the film’s website.

Pretty neat he stopped by!

For more information on the film click the hyperlinks above. And to visit Safe Surfin’ click here.