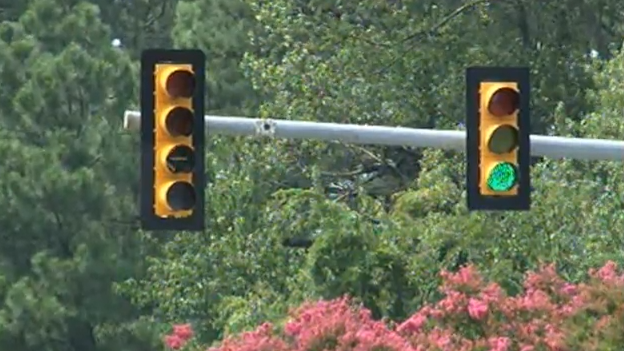 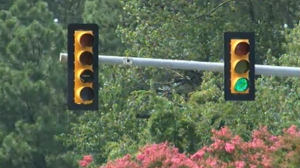 Portions Via VDOT LYNCHBURG:
The Virginia Department of Transportation plans to activate a new type of traffic signal with a flashing yellow arrow that will be used for the first time in VDOT’s ten-county Lynchburg District. The signal will be installed on Route 29 in the Lovingston area of Nelson County prior to December 24, 2012.

The new signal will display four arrows to regulate traffic flow: a red arrow to tell drivers to stop; a steady yellow arrow to communicate that the light is changing; a flashing yellow arrow which means drivers may turn left after yielding to oncoming traffic; and a green arrow to show that the diver has the right of way to make a left turn.

View VDOT video above of the type of signals that will be installed in Lovingston soon.

Various studies have “concluded that the flashing yellow arrow was safer and more effective than the simple circular green light and other signal configurations at conveying to drivers that they need to yield before turning left.” The North Carolina and Oregon Departments of Transportation recently completed studies showing a 37 and 68 percent reduction, respectively, in left-turning crashes after a flashing yellow arrow was installed.

Engineers across the country have recently begun installing flashing yellow signals with nearly half of all states now having at least one. Among those installed in Virginia is the signal on Route 60 in James City County.