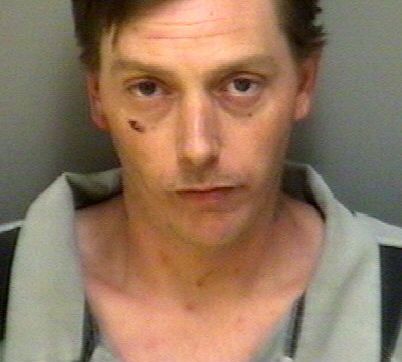 Donovan Lacy Smith, 34 years old, of 2621 Greenfield Rd in Afton was convicted this morning in the Nelson County Circuit Court of possessing a firearm after being convicted of a violent felony.
Nelson County deputies responded to shots fired in the early morning hours of April 15, 2012 near a residence on Rockfish Valley Highway. Deputies spotted a van sitting in the parking lot of the Rockfish Presbyterian Church around 2:00 a.m. When deputies drove up to investigate, Smith got out of the van with blood on his hands.
Deputies noticed an empty rifle magazine lying on the ground next to the van. After receiving information that Smith was involved in the shooting that evening and after learning that he had been previously convicted of unlawful wounding in Waynesboro in 2002, deputies arrested him for possessing the firearm after being a convicted felon. A search of the van revealed an AK-47 assault rifle in the van’s floorboard.
Smith admitted to shooting the rifle earlier that morning following a dispute at the Thai-Mex restaurant in Nellysford. There were no injuries as a result of the shooting.
Smith faces 5 years in prison when he is sentenced at 9:00 a.m., November 15th in Nelson Circuit Court.