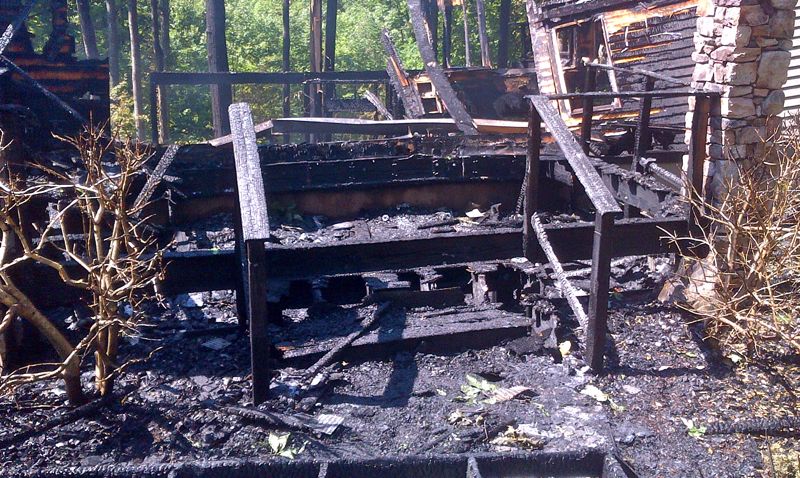 Stoney Creek/ Nellysford
Nelson County, VA
As if last week’s storm and continuing power outages haven’t been enough, soon to be permanent residents of Stoney Creek lost their home to a lightning strike on Monday. ” Apparently it was a lightning strike from early morning storm. Neighbors said there was a bolt which struck very close,” Wintergreen Fire Chief Curtis Sheets tells NCL.

Chief Sheets said around 6 AM a valley service authority employee discovered home fully involved. Wintergreen provided 3 engines, one heavy squad, and one ambulance. Rockfish provided an Engine and Faber provided an Engine and tanker. Over 50,000 gallons of water were used. It took approximately 2 hours to fully extinguish the fire.

There were no injuries. The owners were out of state, however, they were in the process of moving here permanently. Unfortunately all family photos and family heirlooms were in the house,” Chief Sheets continued.