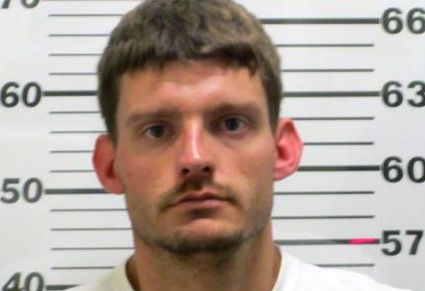 Lovingston
Nelson County, VA
The following press release was received on May 29th from the Nelson County Sheriff’s Department. It has been reprinted here verbatim:

On a May 19, 2012 traffic stop on High Peak Lane in Shipman, the K9 alerted on the vehicle.
Lt. Becky Adcock & Deputy Cory Thacker asked the driver to step out of vehicle. The driver then
started the vehicle and attempted to drive off. Deputy Thacker reached into the vehicle in an attempt
to turn off the ignition and the driver started to drive away with the deputy hanging out of window.
The driver struck a tree, and again attempted to drive off with the deputy hanging from the
window. The deputy grabbed the steering wheel and the car struck a tree again with
deputy still hanging from window.  At this time, the deputy was able to take control of the vehicle.

The following Items were seized from the vehicle:  smoking devices, scales and 15 grams of meth.

The driver, Joshua Wayne Painter, 26 y.o. of Shipman, was charged with:

Mr. Painter is being held in Albemarle/Charlottesville Joint Security Complex without bond.  He is scheduled for a bond hearing today (5/29/12) in Circuit Court.