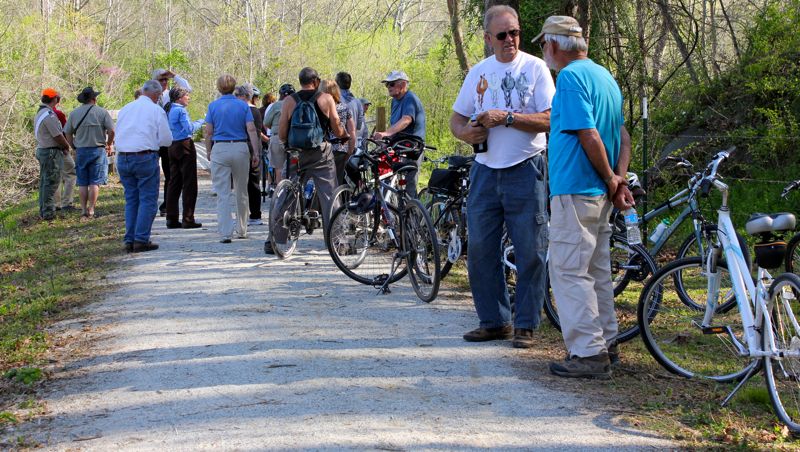 Near Piney River
Amherst / Nelson County Line
For years work has been underway on the Virginia Blue Ridge Railway Trail along the Nelson / Amherst County line in Piney River. Some of the trail has been open in Nelson, but other parts weren’t reachable because a section in Amherst was not ready. “Part of the Amherst section has been closed, it has kept people from going on the last 2 miles in Nelson. By opening the Amherst part we are opening a good stretch in Nelson,” said Popie Martin with the VA Blue Ridge Railway Trail Foundation.

“After almost six years of dreaming, planning, physical labor and fund-raising, the efforts of foundation members came to fruition on National Trails Day, June 7, 2003 when Phase I of the Virginia Blue Ridge Railway Trail was officially opened to the public. Phase I consisted of two trail heads, approximately 1.8 miles of trail surface and improvements, and the renovation of a 200-foot railway bridge.”