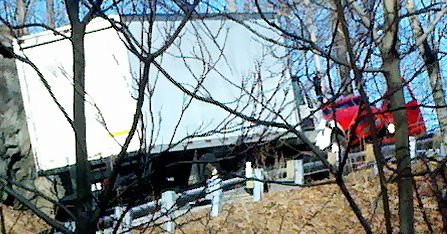 Brents Gap/Roseland
Nelson County, Virginia
Traffic is back to normal Tuesday after an accident on Brents Gap slowed everything to a crawl earlier in the day. A pickup truck was smashed against the railing in the southbound lane as you head up the mountain from the Nellysford side. One lane of traffic was open, but it was tricky since it was in the last hard curve just before the top where you go through the pass.

Emergency crews had everything clear within an hour or so. A minor injury was reported on the scene.