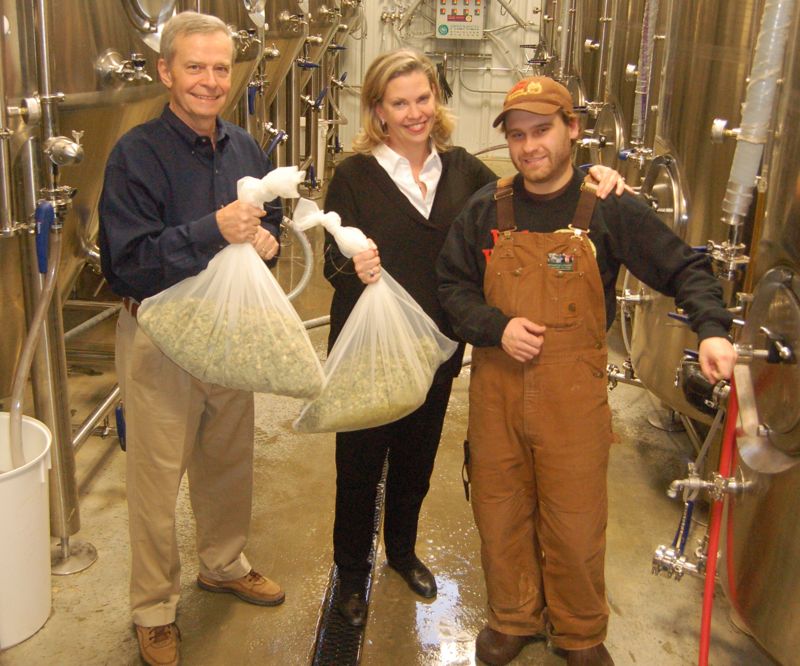 “Our 10th anniversary is coming up in November and to lead up to that each month we are having a special beer brewed as an anniversary beer for our customers at all of our five locations. We’re really experiencing good things in Nelson,” Mike said Wednesday afternoon while in Nellysford.

“They are Calypso hops. They have notes of pear and apple. So you won’t get any hop bitterness out of this, you just get the flavor and the aroma. It makes it real nice and interesting. This is a lighter version of our Scottish Ale,” said Danny Wolf, brewmaster at Wild Wolf.

Three Legged Scotsman will also be available at Wild Wolf sometime in Feburary. Be watching!