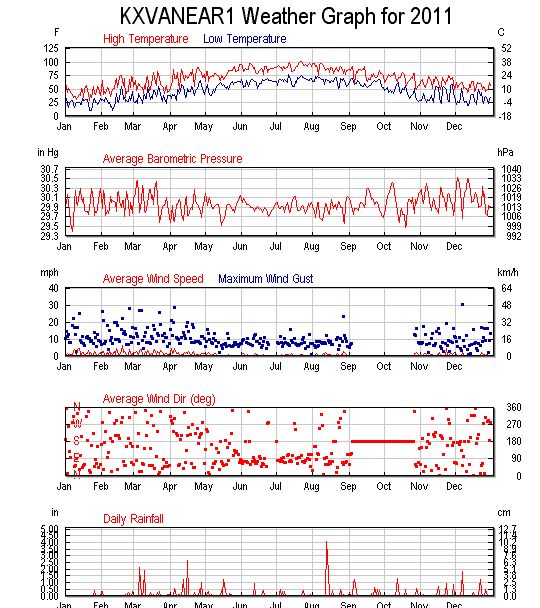 Nelson County, Virginia
Now that 2012 is officially underway, we thought it would be neat to go back and take a look at 2011’s weather in review. No real surprises in 2011, but we did have some 100+ degree days back in the summer and there was a 10° overnight low. The hottest day of the year in 2011 was 102° on July the 22nd. The lowest temp was of 10° was set on both January 24th and again on February 11th. For the year we saw 43.95″ of rain. (though some locations in the valley and toward Woods Mill picked up nearly 50″ for the year) Snow wise we didn’t get a lot. Less than 4″ of measurable snow for the entire year.

At Wintergreen the trends were the same, but obviously the extremes weren’t as wild. The hottest day of the year on the mountain happened on July 22nd when a temp of 87° was reached. The lowest reading was 6° on January 8th. For the year Wintergreen picked up 50.75″ of rain and that doesn’t even include anything that fell in December. In the snow department 5″ of snow total for 2011 was the word. Not counting the manmade snow that is!

Be looking for the addition of some new stations and some web cams over the coming year.