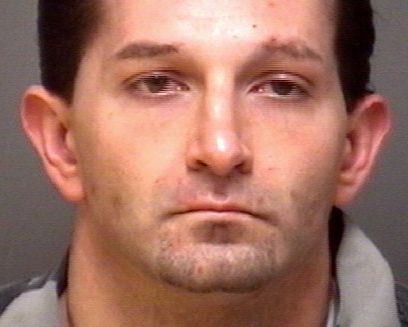 Nelson County Sheriff David Brooks says his deputies in cooperation with officers from the Augusta County Sheriff’s Department and Virginia State Police apprehended Danny Acord on Tuesday night (1.17.12) around 10PM. “He was taken into custody on Fall Ridge Lane in Stuarts Draft. He didn’t resist officers and was peacefully taken into custody,” said Sheriff Brooks.

Previous story and links below.

Original post from December 30, 2011
As NCL first reported in this story Thursday night, Nelson lawmen are currently looking for 27 year old Danny Acord of Roseland. According to Nelson Sheriff David Brooks, deputies went to Acord’s home at 144 Blue Rock Lane in Roseland around 8:30 PM Thursday night on a drug investigation. “Mr. Acord jumped in his vehicle and took off as officers arrived. My deputies pursued him along Crabtree Falls Highway eventually onto Silver Creek Road where he drove up into the orchards, jumped out, and ran up into the mountains. He struck two of our police cars during the chase,” said Sheriff Brooks.

In addition to the charges mentioned in our original story, Acord now faces additional charges of:

Sheriff Brooks said anyone with information on Acord’s whereabouts can anonymously call their toll free tip line at: 1-877-750-8477