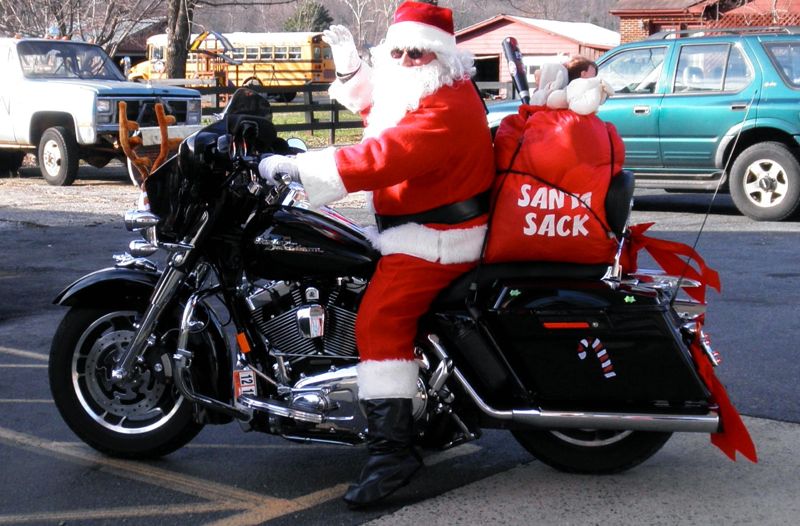 Beech Grove / Roseland
Nelson County, Virginia
We’re all accustomed to Santa making his way across the globe on Christmas Eve using his sleigh and reindeer, but rarely do we get nice enough weather for him to come on down to earth and arrive on a Harley. Robin Fitzgerald sent us these pics over the Christmas Weekend and told us this Santa has been riding his Harley every Christmas Eve for about the past five years.

We’re told this Santa is actually one of Santa’s authorized designated helpers, Steve Campbell of Beech Grove. Robin tells us Santa Steve was seen on his bike just about all day today in Nelson County on Christmas Eve. He was also seen in Waynesboro and Stuarts Draft making lots of children happy for Christmas!

See you next year!