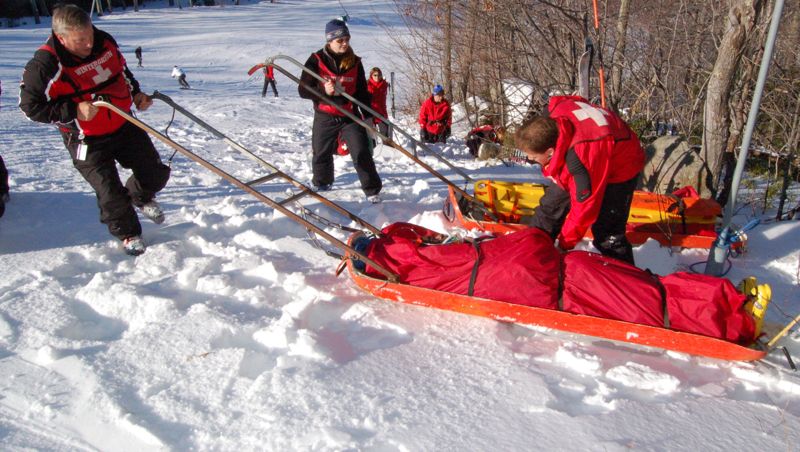 The Wintergreen Ski Patrol, primarily responsible for the rescue and emergency care of customers, employees and visitors to Wintergreen Resort, is the nation’s winner of the Outstanding Large Alpine Patrol Award for 2010-11 as named by the National Ski Patrol.

This is the second time the Wintergreen Ski Patrol (WSP) has earned the prestigious honor, which is named after Charles Minot ‘Minnie’ Doyle, founder of the National Ski Patrol. WSP first earned the award in 1989.

Tucker Crolius, WSP director, said the honor is significant in that it is an affirmation of how the 130-member, volunteer organization promotes safe recreation practices on the mountain and is dedicated to ensuring an enjoyable experience for Wintergreen guests.

All WSP patrollers are members of the National Ski Patrol, and are certified as Outdoor Emergency Care Technicians. In addition to their emergency skills, patrollers are well versed in various special rescue techniques, including toboggan handling, chairlift evacuation and technical rope rescues.

To be eligible for consideration of the national honor, WSP first was named the Southern Division winner of the Outstanding Large Alpine Patrol Award. WSP learned of winning the national honor at the National Ski Patrol’s Fall Officers’ Meeting in Kingsport, Tenn.

“Needless to say, we are very pleased and consider it a huge honor,” Crolius said. “We have an incredible organization, and this is a tribute to the dedication of each and every member.”

Dole founded the National Ski Patrol, a federally chartered nonprofit membership association, in 1938 and was its director until 1950. Since its inception, the National Ski Patrol has been at the forefront of safety and emergency care education programs as part of its service to the public and mountain recreation industry.