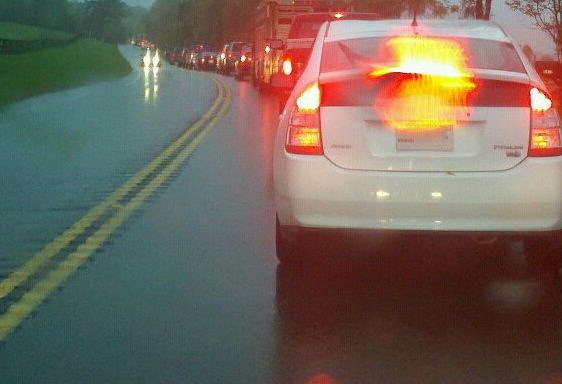 A 2007 Toyota Prius was traveling southbound on Route 151 when the vehicle ran off the right side of the road, overturned into an embankment and came to rest in a creek. The driver, Stephen R. Lamb, 57, of Staunton, died at the scene. He was not wearing a seatbelt.

Speed does not appear to be a factor in the crash which remains under investigation.

Original Post:
Nelson County Sheriff David Brooks confirms to NCL that agencies are working a fatal auto accident Wednesday morning in the vicinity of Route 151 and Pounding Branch Road. “We got the just after 6AM this morning,” Sheriff Brooks said.

Drivers passing the scene report seeing a car flipped in the ditch.

The Virginia State Police is working the scene. 151 is open to traffic, but some delays may be experienced in the area of the accident as investigators work the wreck.

As of 9:30 Wednesday morning, motorists passing by the scene told us the car was being towed away at that time.

As of late morning the roadway was cleared and opened.