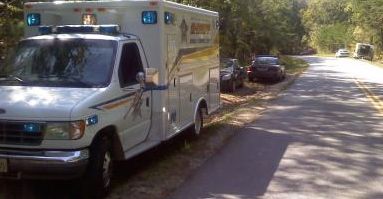 Updated 6:30PM EDT
Nelson County Sheriff David Brooks has released the identity of a man pulled from the quarry Thursday afternoon. He is identified as 24 year old Earl Aleksander Miller of Adail Road in Nelson County.

Original Post
Sheriff Brooks says he’s confident the death of Miller was not the result of foul play but most likely self inflicted. “Many pieces of evidence at the scene and other forms of evidence we found lead us to believe this was not done by someone else,” Sheriff Brooks continued.

Nelson County Sheriff David Brooks confirms to NCL that his agency is working a scene at this hour along Route 800 in the Schuyler portion of East Nelson County, Virginia. “We received a call about an abandoned car near the old quarry in Schuyler. At first it appeared a cell phone was lying on the windshield outside of the car, but on our arrival we found out it was a GPS,” Sheriff Brooks tells NCL.

The sheriff went on to say they found a jacket near the top of the quarry and are confident a body is in the water.

“At this point we don’t suspect foul play, but are treating the entire area as a crime scene to be completely safe,” Sheriff Brooks continued,