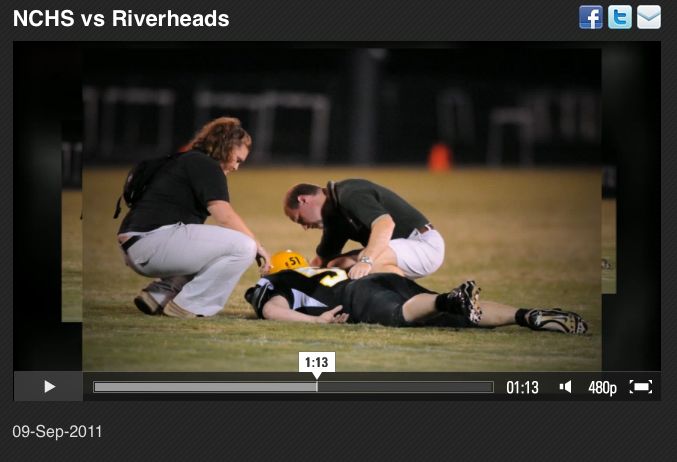 Lovingston
Nelson County, Virginia
It’s been a tough start to the season for The NCHS Govs football team. But, our NCL Mountain Photographer, Paul Purpura was down off the peaks and on the field to capture Friday night’s action in the special Animoto slide show above. Paul is getting very, very good at these lately!

To add insult to Friday’s match, there was real injury at this game against The Riverheads. #51 Kevin Moore a senior at NCHS who plays offensive and defensive line was injured, carried off of the field and transported to an area hospital. At the end of the game Friday night, Paul said officials did not have a condition update.

NCHS stands at 0-3 for the season thus far.

Paul says “These kids play their heart out, but they just can’t seem to pull out a win.”

On Sept 23rd The Govs take on Hargrave Military Academy here in Lovingston.