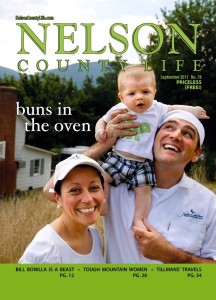 LOVINGSTON HEALTH & REHABILITATION CENTER: Mr. Carter reported on the proposed new 90-bed facility in Albemarle County which would result in the closure of the Lovingston facility, noting that the county’s request to participate in the process and object to the closure would probably not be successful. He reported that Medical Facilities of Virginia XXXII Limited Partnership has offered a compromise of conveying the building to the county along with a payment of $10,000.

Mr. Phil Payne (County Attorney) reviewed the negotiations to date. Mr. Harvey asked for the closure time table and Mr. Payne said approximately three years. He said that he assumes Medical Facilities will appropriately maintain the building until it is turned over to the county. Supervisors asked about the value of the property and Mr. Carter said that it is approximately 8 acres plus the building valued at $2.2 million. Mr. Bruguiere said that when it is turned over, he wants to see it sold on the open market and does not want the county to own it. Mr. Hale agreed.

Mr. Payne distributed a draft Settlement and Release Agreement and a Donation Agreement. After review, Supervisors voted 4-0-1 (Mr. Johnson abstaining) to authorize Mr. Payne to amend the agreements to add a legal description of the property in question and to add the phrase, “upon closure of the facility as a nursing home” to prevent the use of the building for some other use. Mr. Johnson said that he abstained as he would not vote against the rest of the Board but would have preferred to fight the closure. Mr. Hale said that it is a difficult decision in terms of seeing the facility close, but that he feels it is the wisest course to follow. Ms. Brennan said that she is sad to see the center leave, hopes the employees are offered jobs at the new facility and hopes that Medical Facilities of Virginia will work with the county to find the best use for the building. Mr. Bruguiere said that he is sorry to see the business close with a loss of jobs and tax base. Mr. Johnson said that $10,000 is a slap in the face when one day in court would cost them more.