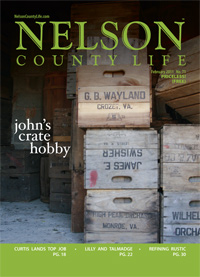 BOARD OF SUPERVISORS
Tuesday, February 8, 2011

ECONOMIC DEVELOPMENT AUTHORITY BOND ISSUE/TURMAN TYE RIVER, LLC: Mr.
Carter reviewed the EDA’s request for Supervisors’ approval of the
issuance of $700,000 in industrial development revenue bonds to allow
Turman Tye River, LLC to acquire, renovate and equip a 134,061 square
foot facility for production of dry-kiln lumber in Arrington. He noted
that the issuance of the bonds does not obligate the county in any way
but allows Turman Tye River to obtain financing through American
National Bank at an interest rate lower than a conventional loan.
Members voted unanimously to adopt the resolution approving the
issuance of the bonds.

PART-TIME/SEASONAL POSITION JOB DESCRIPTIONS: Mr. Carter presented
draft job descriptions for Site Supervisors, Scorekeeper, Sport
Timekeeper and Animal Shelter Attendant positions. He noted that these
positional already exist but do not have formalized job descriptions.
Mr. Harvey said that the Rec Department has too many paid positions
and should be using volunteers. Mr. Hale agreed. Ms. Debbie McCann
(Director of Finance) reported that many of the recreation programs
include fees to cover the positions. Supervisors voted 5-0 to approve
the job description, tabling discussion of pay for the positions until
budget work sessions.

– Courthouse Project: work continuing on completion of the interior
of the building; furniture bids issued this week with bid proposals
due March 4th; change order for construction of a second floor bridge
to connect the 1940s and 1960s additions in process and expected to
extend project by 30 days; Sheriff’s Department proceeding with
employment and training of security personnel.
– Broadband Project: final design of fiber network in process with
preliminary work continuing on two of the three towers to be
constructed with project funding; notice received from VA-DHCD that
the county has been awarded $200,000 in 2010 CDBG-Local Innovation
grant funding for the overall project.

PLEDGE DEED OF GIFT/D. STURT: Supervisors reviewed documents related
to the pledged gift of 344.5 acres of land in the Shipman area upon
the death of Mr. Sturt. The county’s use of the property will be
limited to public recreation and conservation of natural resources
including such things as recreational facilities, parking, trails,
water impoundment and timber management. Supervisors voted unanimously
to direct staff to prepare a letter of appreciation to Mr. Sturt. In
addition, the Supervisors agreed to review a resolution of
appreciation.

DIRECTIVES: Ms. Brennan asked when the Supervisors would begin work on
the required redistricting and Mr. Carter said that staff is in the
process of compiling and analyzing the data for Nelson to develop
several models for shifting the numbers in each district. Ms. Brennan
also asked for updates on the findings to date on molds at the two
elementary schools. Mr. Carter said that he would copy the Supervisors
on updates received by the School Board.

With no business on the evening agenda, the meeting was adjourned.