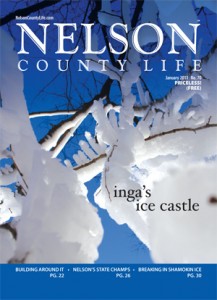 TURMAN TYE RIVER/INDUSTRIAL REVENUE BONDS: With no public comment during the Public Hearing, Members voted unanimously to approve a resolution recommending that the Board of Supervisors approve the issuance of bonds in the amount of $700,000. Mr. Webster Day, bond counsel for Turman Tye River noted that American National Bank has committed to the purchase of the bond at a fixed rate of 4.27% for 15 years.

Mr. Joshua Bond, representing Turman Tye River, reported that the business (in the old Taylor Ramsey building in Arrington) is up and running in full production with 14 full-time local employees. He said that the company has invested $2.7 million to date and has $1.3 million in local inventory of logs/lumber. Mr. Bond said that he met with the Department of Business Assistance and will be utilizing one of their programs to help with the training of employees.

TREASURER’S REPORT: Members voted unanimously on Mr. Taylor’s suggestion that the $58,209.38 currently on a BB&T Certificate of Deposit be moved over to regular checking. He noted that low interest rate on the CD and the historical annual expenditures of the Authority.

THOMAS JEFFERSON PARTNERSHIP FOR ECONOMIC DEVELOPMENT (TJPED) FUNDING REQUEST: Ms. Kelley noted that the $12,500 includes funding for the TJPED, the Small Business Development Center (SBDC) and the Workforce Investment Board. She suggested that Mr. Mike Harvey (TJPED) and Ms. Nora Gillespie (SBDC) be invited to attend the next EDA meeting to review the programs from 2010 and proposals for 2011. Ms. Kelley noted that funding has been requested from the county’s General Fund but that in the past, the Board of Supervisors has declined to fund the programs and looked to the EDA to continue that part of the economic development mission.

AGRICULTURAL BOARD: Ms. Kelley presented a letter from Mr. Jeff Powers with the Bedford County Agriculture Economic Development Advisory Board explaining what that county’s Ag Board does and how it was formed. The Authority agreed to review the information and consider it in their long-term planning process.

2011 OFFICERS: Members voted unanimously to appoint the following officers for 2011 –