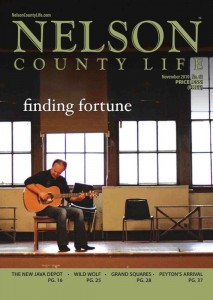 BOARD OF SUPERVISORS
Tuesday, November 16, 2010

TMDL PIEDMONT REGIONAL PILOT PROJECT: Mr. Steve Williams (Thomas Jefferson Planning District Commission) and Ms. Alyson Sappington (Thomas Jefferson Soil & Water Conservation District) presented an update on the ongoing Chesapeake Bay TMDL program. They reported that TMDL stands for Total Maximum Daily Load and is a “diet” plan for the Bay to reduce pollutants and achieve water quality standards. The TMDLs will cover wastewater load allocations for wastewater treatment plants; stormwater systems; industrial plants; runoff from agricultural lands, construction and impervious surfaces. The program will set caps for nitrogen, phosphorus and sediment loads for all six Bay watershed states and Washington, DC. The TMDL requirements will affect local, state and federal governments as well as agriculture and individual citizens (limitations on fertilizers, etc). The plan includes 2-year incremental milestones for accountability with all practices to be in place by 2025. Virginia will submit their final Watershed Implementation Plan in late November with the EPA releasing the final Bay TMDLs by December 31, 2010.

After discussion, Supervisors voted 5-0 to adopt a resolution approving the 2011 Legislative Program.

MOA WITH THOMAS JEFFERSON HEALTH DISTRICT: The State Health Department has provided the county with funding over a period of years to assist with the renovation of the county Health Department building. The balance in reserve with the county is $117,282. The Supervisors reviewed a Memorandum of Agreement with the Health Department allowing the use of those funds for A/E work, moving costs, special VDH equipment/furnishings and related costs. The Agreement does not allow the funds to be used for construction or capital improvements and states that any remaining funds will be used to subsidize VDH rent payments to the county. After discussion, Supervisors voted 5-0 to authorize the County Administrator to execute the MOA on behalf of the county.

COMPOSTING: Mr. Boger reported that in addition to any amendment to the Zoning Ordinance required, a composting business would also require an amendment to the County’s Solid Waste Ordinance (Section 10-26. Alternative Dispositions). After discussion, Supervisors voted 5-0 to advertise the following amendment for Public Hearing:

“The handling, treatment, or disposition of vegetative rubbish or organic waste allowed pursuant to any other provision of the Code of this County shall be exempt from the operation of this Article.”

Mr. Boger also presented a draft definition for the Zoning Ordinance (to be presented to the Planning Commission for consideration): “Composting – The process by which organic wastes are combined in proper ratios to which might be added bulking agents, such as wood chips, to provide air space and by using controlled temperatures, moisture, and oxygen, achieve accelerated decomposition, thereby producing a stable humus material. “Organic wastes” includes, but is not limited to, yard trimmings, agricultural by-products, food wastes, or manures.”

– Blue Ridge Tunnel & Blue Ridge Railway Projects – Revised property assessments completed and to be submitted to VA-DCR for certification. Final negotiations in process with the two property owners for acquisition of the trail heads on either side of the Tunnel. Receipt of grant funds anticipated within the next few weeks for the Railway project to renovate the former train depot in Piney River and a weigh station along the trail route.

– Region 2000 Solid Waste – Revised life span estimates for the Lynchburg regional landfill utilized by all members (including Nelson) are now at 2 +/- years. The permitting and startup of the regional landfill in Campbell County will replace the Lynchburg landfill and result in higher tipping fees for Nelson. Further information pending final details.

RRES/TRES UPDATE: Mr. Chuck Wray reported that the roof at Tye River Elementary is 95% complete with gutter work to begin this week. He reported that window work at Rockfish River is progressing. Window replacement work at Tye River Elementary has uncovered heavy concentrations of mold spores on the inside face of the gypsum sheathing in the cavity. He recommended contracting with an environmental specialist to conduct further studies. Mr. Wray said that the county would want to know more before exposing in the inside drywall. He suggested that the county would want options on both school before proceeding. Mr. Wray reported that the School Board has decided on a brick replacement strategy for the windows and a replacement schedule to accommodate the weather issues. Further discussion tabled.

SPECIAL USE PERMIT/MR. & MRS. ADAM KNOTT: The Planning Commission recommended approval of a permit as follows –

l. Permit allows 20 operating days per year – an overnight shall be considered 2 days.

2. Permit limits number of participants to 20 per program with a maximum staff of 4.

4. Starting June 30, 2011 and every 6 months thereafter, the permit holder must file a report with the Planning Director detailing the number of days, number of participants, and types of programs held during the previous 6 months to verify that the applicant is in compliance with the Special Use Permit. If not, the permit shall be voided and the applicant must apply for a new Special Use Permit.

5. This permit is non-transferable.

6. The Planning Commission will review this permit annually including holding a public hearing and filing a report with the Board of Supervisors.

During the Public Hearing, MR. BO TRIMBLE, adjoining landowner, opposed the proposal because it would open a residential area to commercial operations. He said it will destroy the Hollow over time. Mr. Trimble said that the applicants will not voluntarily report any violations in the semi-annual report and it should not be up to the neighbors to monitor what is going on. He said that he is also worried about increased traffic.

MR. CRAIG VANDERHOFF, Glass Hollow Lane, expressed opposition saying that the proposal keeps changing. He said that the Hollow is a residential area and there will be an impact. He expressed concerns with increased traffic.

MS. VALERIE MITCHELL, Glass Hollow Lane, said that she is very opposed to the project and that the proposal has already changed the Hollow.

MR. JOE MURRAY, part-time Glass Hollow Lane resident, said that he supports the project. He said that it is an excellent program run by excellent people.

MR. RAYMOND GLASS, Glass Hollow Road, said that the proposal is already changing the Hollow and that all the neighbors are against it. He said that there will be too much traffic and it will open up the Hollow to more businesses.

MR. BOBBY BRYANT said that most people are opposed and that Glass Hollow is not an appropriate place for the camp.

MR. MIKE GARTH, Glass Hollow Road, said that the proposal is destroying the character of the Hollow and that he wants things to stay the way they are. He said that everyone is already upset.

MS. DIANE GARTH, Glass Hollow Road, said that she and her family enjoy their privacy and do not want the Hollow to change. She said that it will not be just 20 days and that she is very opposed.

MR. ROY GLASS, Glass Hollow Road, said that his family has lived there since before the Civil War and that he is opposed to the project.

DR. GREG CORBIN, father of a Living Earth School camper, said that the camp is exceptional and that there is nothing like it in Central Virginia. He expressed support.

MR. MATT CORBIN said that he has gone to the camp for 5 years and that the camp would change the community for the better. He said that the camp is focused on preserving nature and would not disturb others’ peace.

MS. TERESA WREN SHOEMATE said that she has stayed in the Hollow as a guest of the Knotts and as an employee of the camp. She said that anything that happens creates change. She said that the original proposal was much greater but that the current proposal is much smaller. She said that given the reputation of the camp and Knotts, something could be worked out as there needs to be more give and take.

MR. RUSSELL FITZGERALD said that he hikes and loves the mountains. He said that he has seen evidence of shelters and teepees that are not on the Knotts’ land.

MR. NATT BEWKAWSKI, who rents property in Glass Hollow, expressed support for the camp, noting that he has experienced no problems with the camp over the years.

MR. MARK CHANNING said that he has known the Knotts for 10 years. He said that they are very honest and reputable and that he trusts them to do what they say they will do.

MR. TRAVIS FERRER said that he does not live in the Hollow but grew up hunting there. He said that approval of this project will open the door to any type of business.

MS. JANE TAYLOR, Glass Hollow Road, said that she admires what the Knotts are doing but thinks that Glass Hollow is the wrong place to do it.

MS. MARY CATHERINE GUNTER, Schuyler, expressed support noting that she does not live in the Hollow but moved from Charlottesville to Nelson to be in the country. She said that the Knotts are good people.

Following the Public Hearing, the Knotts reviewed their plans and asked for approval of the revised proposal that includes much smaller, less frequent groups.

Supervisors tabled a decision until their December 14th meeting to allow for review and consideration of public comment.

Copyright 2000-2010 by Rural Nelson, Inc. All rights reserved. Reports may be reprinted or excepted with attribution.