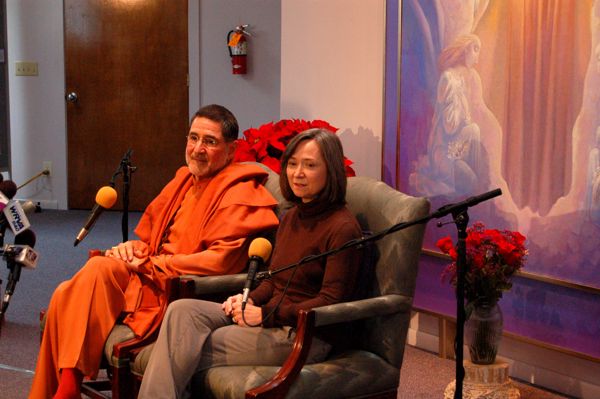 Kia Scherr, whose husband, Alan Scherr, and daughter, Naomi, were among the 174 people killed in the 2008 terrorist attacks in Mumbai, has a meeting set with President Obama Saturday as part of his three-day visit to India.

Kia has been in Mumbai since late September preparing for a November 26 event commemorating the attack’s two-year anniversary. A group of 12 survivors, including Master Charles Cannon, leader of Faber, Virginia-based Synchronicity Foundation , will be part of that event.

Kia’s husband and daughter were in Mumbai with Cannon for a meditation retreat. Since the attacks, Kia has launched a new foundation, One Life Alliance. The foundation’s mission, according to its web site, is to “inspire and encourage the conversation about oneness and the sacredness of life.”