If you were out over the Labor Day weekend you may have seen some interesting activity at what once was one of the most popular food hangouts in the surrounding Nellysford area. Most recently it was Grill 151 which closed in May of last year. Before that it operated as Rockfish River Grill. We first told you about the closure here. Even back then there were rumors of Vito’s Italian Restaurant in Lovingston opening a second location in the building owned by Nellysford businessman Troy Campbell who also owns and operates Stoney Creek Auto next door.

As we first told you back in early 2007 Sal from Vito’s confirmed to us that he had plans to open a second restaurant location there if he could get everything worked out. â€œWe want to open there and if we do weâ€™ll have a large wine selection, we wonâ€™t be jacking up our prices and itâ€™ll be the same menu folks have come to expect from our Lovingston location,” Sal told me last year. NCL has verified pending opening.

A variety of issues now seem to be worked out and apparently the one of Nelson’s favorite restaurants will be opening later this year in the fall as soon as renovation work is completed.

We will keep you posted! 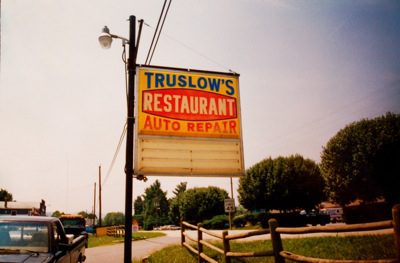 A photo taken by, Yvette Stafford, of the old Truslow’s Auto Repair & Restaurant Sign as it stood in the mid to late 90’s. 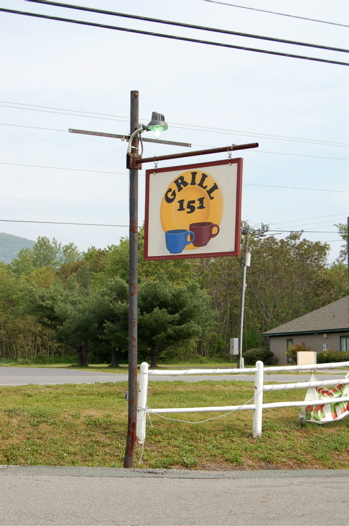 Grill 151 was the most recent restaurant to operate from the old Truslow’s Restaurant location. It closed in May of 2007 and has been vacant since. 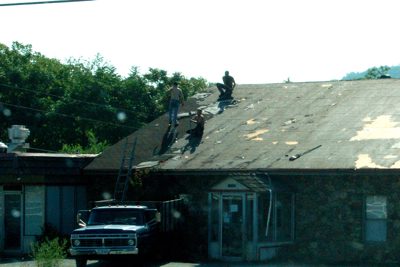 Roofers removing old shingles this past weekend from what will soon be Vito’s Italian Restaurant in Nellysford, scheduled to open this fall.