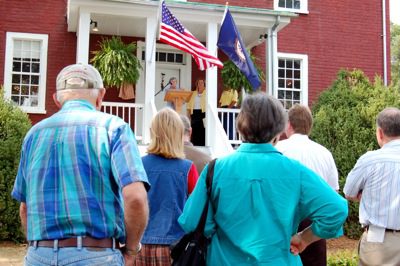 Oakland Museum Board President, Beth Goodwin, officially opens the museum to the crowd of over 200 this past Sunday afternoon.

After years in the making, Oakland Museum of Nelson County History, opened it’s doors this past Sunday afternoon to a huge crowd attending the ceremonies on the lawn of the museum. 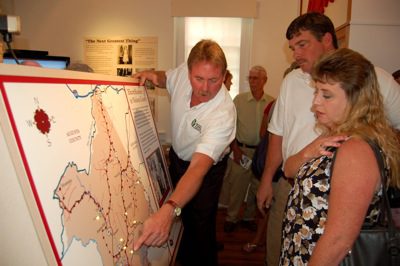 Above, Greg Kelly, with CVEC shows a couple about the history of electric power in Nelson County, Virginia. It is part of an exhibit called â€œCuttinâ€™ On the Lights,â€ showing how electricity came to the county in the 1930s and the impact it had on peopleâ€™s lives. 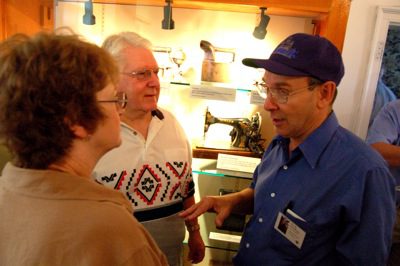 Woody Greenberg, (right) VP of The Oakland Museum Board, chats it up with many of the people dropping by for their first look at the newly completed museum. 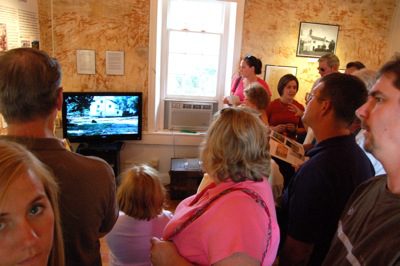 One of the larger attractions in the museum is a complete room dedicated to the historic hurricane of 1969, Camille. Many never-before-seen color photos taken just after the 1969 flood were unveiled. 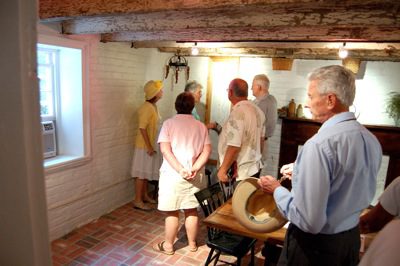 Another exhibit on the ground floor shows what the old tavern built in 1838 might have looked like. The museum was originally built as a tavern before it was a residence. 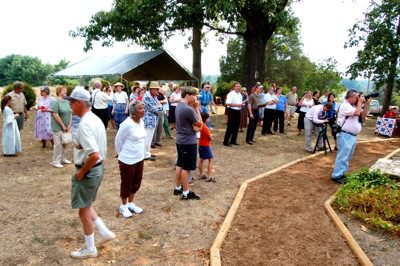 Folks line up out front the listen to music, have a few refreshments and then head inside for a look at the new museum.

The grand opening also included a ceremony marking the inclusion of Oakland on both the national and Virginia registries of historic places. Kathleen Kilpatrick, Director of the Virginia Department of Historic Resources was the keynote speaker.

You can learn lots more information, along with hours of operation by heading on over to the Oakland Museum website by clicking here.