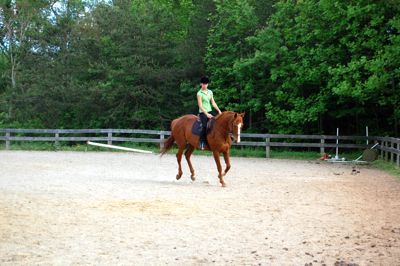 As the result of a meeting on Friday, July 11th at the Lake Monocan Clubhouse, a task force of concerned residents has been formed to develop firm proposals to save Rhodes Farm Stables from closure.

Representatives of WPI and Wintergreen Resort met with concerned members of WPI and WPOA and our non-Wintergreen neighbors to discuss the future of Rodes Farm Stables. The resort representatives explained that, because WPI is faced with serious financial shortfalls, efforts are under way to cut costs across a broad range of resort activities. Among these is the proposed closure, after Labor Day, of the Rodes Farm Stables which, for the fiscal year just ended, reported an operating deficit of roughly $45,000, (as high as $60,000 if depreciation is accounted). There have been several expressions of interest regards purchasing or leasing the facility and the equestrian operations, but nothing that Wintergreen resort officials consider a firm offer.

The issue is further complicated because land ownership falls across both WPI and WPOA boundaries.

Lots of positive comments as well as concerns were forthcoming from the participants at Fridayâ€™s meeting, virtually all of whom were in favor of retaining the operation, despite the negative financial impact. The point was made that the Stables, regardless of profitability, are one of the many key factors that makes Wintergreen so unique and that, without the Stables, the value of each property and the quality of life in our community would be diminished.

The point was also made that reduction of the deficit is not unattainable and the resort representatives were asked to recommend to the Board that final decisions on the fate of the Stables be tabled long enough to give interested parties sufficient time to gather more information and come up with concrete, alternative proposals.

An ad hoc committee, tentatively known as â€œFriends of Rodes Farmâ€ was immediately formed to investigate and recommend ways in which the equestrian operations can be continued. The Friends committee will meet next Saturday, July 19th at 9:00 AM â€“ location to be announced. Those who have interest and who would like to volunteer and take a hand in the future of Rodes Farm Stables are encouraged to attend. As a first step, the committee will set up a means of mail and e-mail communications; information will be forthcoming.