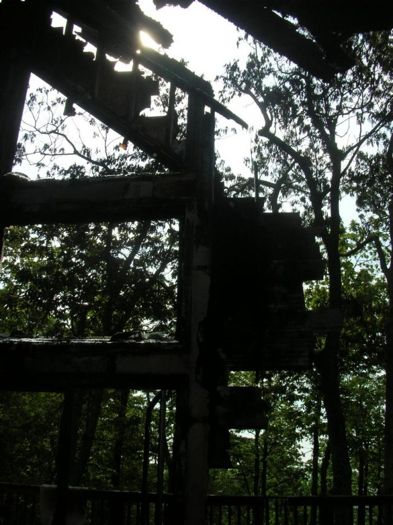 The view looking up through what was the roof on the home at Ridge’s Lane on Devil’s Knob.

For the second time, lightning struck and caused a second house fire on Devil’s Knob at Wintergreen. “Well, a good title would be Lighting Does Strike Twice,” says Wintergreen Fire Chief, Curtis Sheets. He tells NCL for the second time in a month lightning struck a house on Devil’s Knob. “The fire was actually discovered by officer Jeff Harris, who was patrolling on the next ridge over. He saw a column of black smoke and had the fire department dispatched for smoke in the area.” 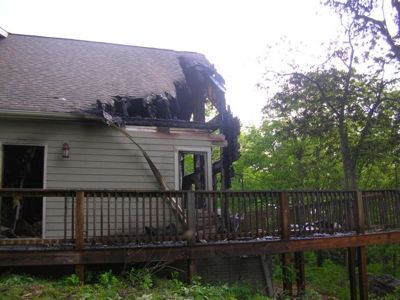 The view from the outside of the damage.

Chief Sheets tell us they found a multistory dwelling with one side fully involved, and flames through the roof when they got there. “We had 13 firefighters on the scene, with an additional four coming in from Rockfish, Faber, and Wilson. The fire was under control in a little under an hour, ” he continues. 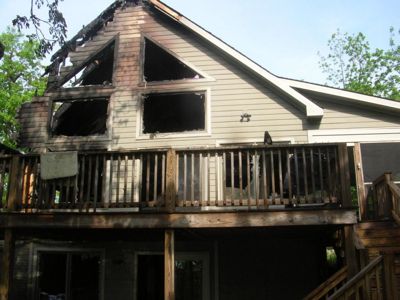 Another view from the outside. 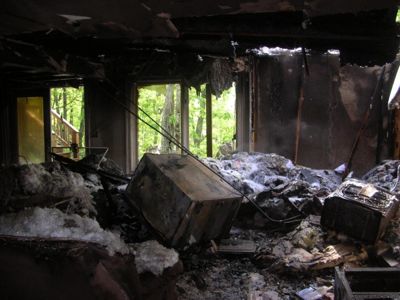 A view inside of the massive damage from the fire.

Chief Sheets also said crews remained on the scene for salvage operations for approximately 2 additional hours. The owners live in MD and weren’t on property for the event. “One of our firefighters experienced a sudden onset of chest pain while working the fire and had to be transported via WRS to AMC. He remains in the hospital in good condition.” 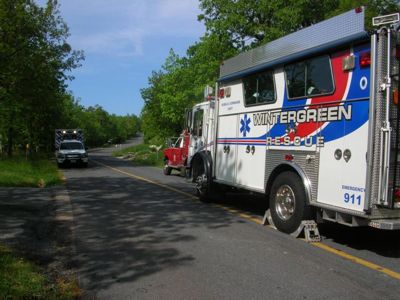