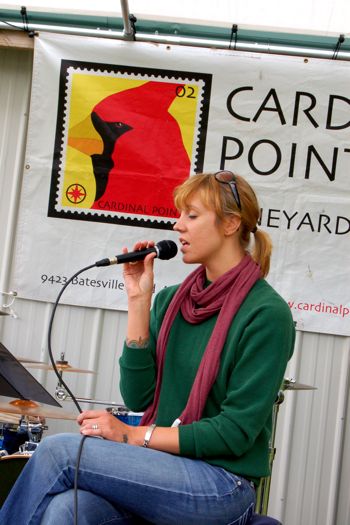 Band Fair 2008 is over until next year, but despite the cool weather and a shower here and there it went off pretty much without a hitch! As we’ve been telling you over the past several days, this is the annual fund raiser for North Branch School. Each year lots of music is there with plenty of fun. The great folks over at Cardinal Point Winery let them hold the event there. This is the 6th!. 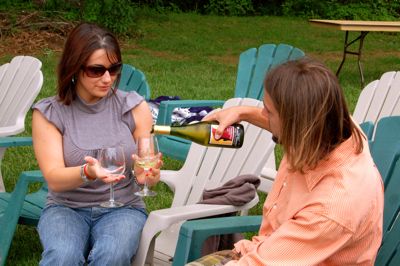 Speaking of Cardinal Point, I think that’s Tabitha back in town for a short time having a glass of chardonnay. Many of you may remember her from days at Stoney Creek Bar & Grill before she moved to Christiansburg. Nice to see her back if only for a visit! 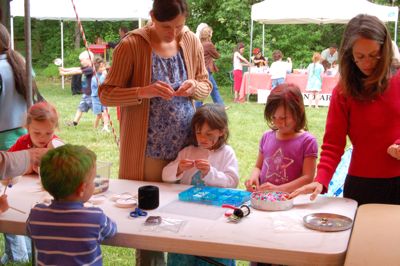 Lots of activities for kids as well as adults. 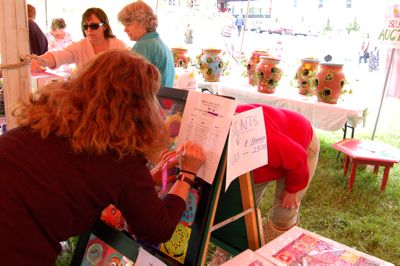 The day included a silent auction. 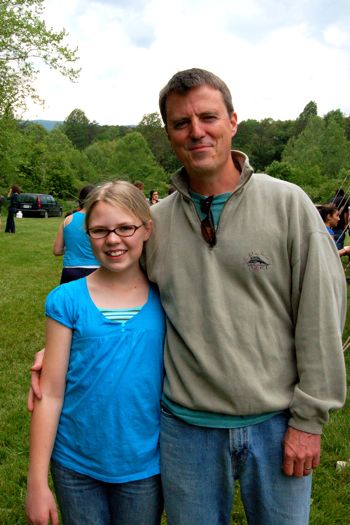 And yep, a great day for father and daughter to hang out!

See you next year at Band Fair!