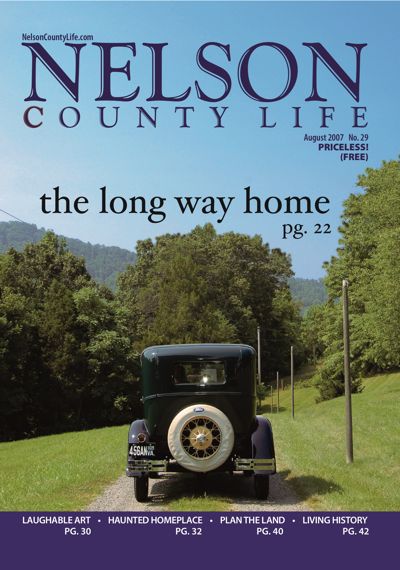 The cover from our August 2008 NCL issue featuring our story on Mr. Paul Shelton and his 1931 Model A Ford making it back home.

As I have said over the past several months, it seems like I am writing about way too many fine people leaving us here in Nelson County. Today I got a phone call from the daughter of Mr. Paul Shelton, Pauline Kendall, that her father finally lost his very dignified battle with cancer on February 24, 2008.

You may remember our web story from last year here. And, Mr. Shelton’s was the cover story in our August 2007 (Page 22) issue of NCL. I knew Mr. Shelton for less than a year, but what a fantastic man. 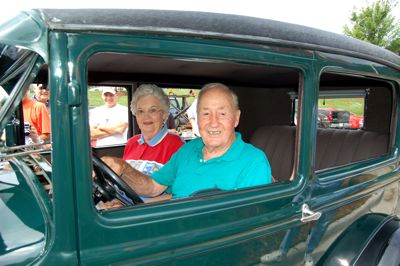 Mr. Shelton and his wife moments after his family surprised him with his old Model A Ford that had been completed reworked and put back in mint condition.

His daughter thought it would be a wonderful gift to have his old car restored and give it to him as a birthday gift. Mr. Shelton thought the car, from his younger days, was long gone, until last July when it was given back to him in top notch condition.

In those final weeks, Pauline tells me her dad never complained and never made it an issue that he knew he was about to make that final journey of The Long Way Home. How could any of us have known that title for the car story would have been such a fitting memorial to such a wonderful man.

I bet Mr. Shelton gets to drive that car everyday now!

We all will miss you Mr. Shelton.


Video from last year’s arrival of the car and the presentation to Mr. Shelton