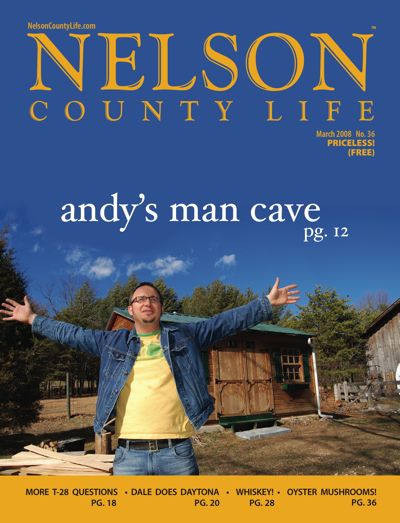 Stay tuned and scroll down below for some pretty disheartening news that’s happened to our friends from our March 2008 Cover Story….and how you can help! 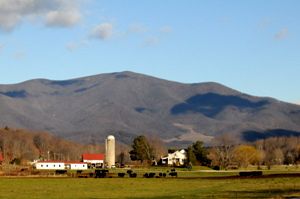 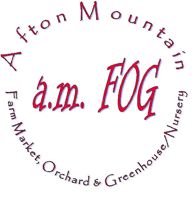 Spring starts two weeks from today! It’s already time to start getting the garden in shape for plantig in a few weeks. For some of us it’s kind of hard to maintain a garden or if you have one, you may not have everything growing in there you need. That’s why Ken and Yvonne Harris at a.m. Fog on Route 151 at the Nelson-Albemarle County Line do it for you!

Their new Farm Market is opening up this month. They grow and sell as close to the farm as you can get. At a.m Fog you donâ€™t have to wonder what warehouse or even what country your food comes from! – Ken & Yvonne specialize in local produce and meats like:

Not to mention all of the other vegetables, annual, and perennial plants along with lots of fruit trees ready for the spring planting! Spring begins on March 20! 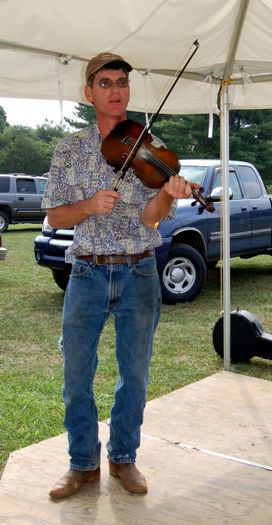 I’m not going to talk very much about weather today. I’ll hit the high points, but Thursday’s going to be such a nice day there’s not much to add. 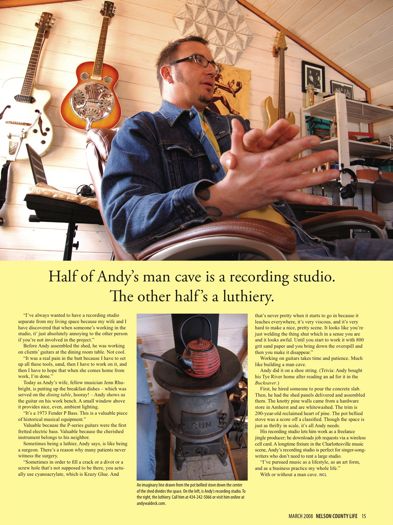 Andy Waldeck from the March 2008 issue of NCL.

Yesterday afternoon I got a pretty troubling e-mail from Jenn Rhubright, she’s the wife of Andy Waldeck on this month’s cover of NCL. Jenn also shoots for our magazine from time to time. In short they are just top notch people. Jenn and Andy recently returned from India. They were there on business, but while there Jenn was shooting a story for our upcoming April issue of NCL as well. You won’t see that story, but that’s only a tiny unimportant part of what’s happened to Jenn and Andy. Here’s part of Jenn’s e-mail to me Wednesday:

Hi Tommy,
Just wanted to give you a heads up that our house was broken into yesterday.
Andy and I came home around 6 or so from work.
Our 3 dogs were here along with the neighborhood dog that hangs out here.
The burglars stole my entire jewelry box, along with both my cameras.
Sadly, my pictures from India had not been downloaded yet. So they’re gone too.
The worst is that Andy has two very valuable bass guitars.
Both of them are gone…..

That’s just a small part of what they cleaned out from Jenn and Andy’s home out in Arrington. First I was shocked, and now frankly folks, I am just ticked. We don’t know if highlighting Andy in our March issue had anything to do with people breaking into his home. It doesn’t appear that it does, since more personal items seemed to be the target, but whatever the reason, what a bunch of selfish punks that would do this. I know people have burglaries all over the country, but this happens to be to people we know, and the timing is just uncanny. The sheriff’s office is working on the case. I was a cop for ten years and investigated countless burglaries like this. It’s always hard to see this happen to anyone and the cops alone won’t ever solve this.

These guys need your help. They’ve already faxed a list of everything taken to area pawn shops and the like. Click here to link to the entire theft list. If you seen anything that looks familiar on the street call them or call the sheriff’s office at the number’s listed. I want them to get their stuff back, but I really want deputies to catch these bums, the crud that did this. There’s been a rash of break ins lately in many parts of the county. Last week it was Strawberry’s place at The Blue Ridge Pig in Nellysford. For 20 years never a problem, then he leaves for a well deserved vacation and his place gets hit. If we all keep our eyes and ears open we’ll find the people doing this. Lucky for the burglars they broke into a home that was unoccupied, next time they might not be so lucky…..

In weather, look for a great day Thursday – there is a chance for rain in the valley and a rain snow mix mountains by late Friday into early Saturday. Sunday looks partly sunny and a warming trend begins next week. We’ll remind you again tomorrow through the weekend, but don’t forget the time changes this weekend, we spring forward!

The weekend: Look for showers continuing in the morning, possibly mixing with snow mountains. Some sun possible late day just before dark. Colder. High valley upper 40’s and near 40Â° mountains. Breezy. By Sunday, look for mostly sunny skies and temps in the mid 40’s valley and mid 30’s mountains. Overnight low plunge to the mid teens in the mountains by Sunday night and lower 20’s valley.

By Tuesday of next week we are back in the mid 50’s and then lower 60’s by Wednesday.