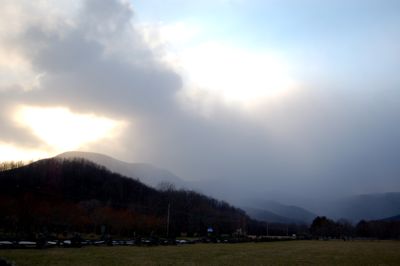 As mentioned all week, we’re taking a break from our area music artists but be watching for more featured musicians in the coming weeks. And be looking for our NCL exclusive weather sponsor that will begin on this very cast starting over the coming weekend. They’re folks we all know, and they are about to announce an exciting expansion.

Okay, before starting have to help out our buddy Dave Makel over at Trailer Buff down the road here in Greenfield. Dave was listening to our Tuesday cast earlier this week where we were using this track of music to go out of our weather with. (music plays) You’ve all heard me do that before and when we don’t have a featured local musician we use that kind of generic stuff. So Dave tells Yvette Wednesday that he loves the jazz piano style music from that day and it had to be someone very good! Uh, yea, Dave they probably were, but since that comes standard with our music bed on the software I use to do the cast with, I can’t tell you who it is, but I can tell you it’s called: Fifth Avenue Stroll from our Mac Garageband Collection! Seriously, if you liked that one, I think you’ll like the one I’ll go out with today as well. And who says we don’t do special requests!

Also want to say howdy this morning to Keith Smith and his wife Sharon a few thousand feet up at Royal Oaks Cabins on the BRP in Love, VA. Keith just got his internet configured to where he can now listen to us each day. They have a great place up there and we appreciate you joining in to listen.

Somebody left the freezer door open Wednesday & Wednesday night. Man did it get cold! We only touched the 40Â° mark for an afternoon high in some locations and on the mountains they never made it out of the mid 20’s. As you can see in the photo above, snow showers were all around the area for the entire day with some of them pretty heavy at times like the one we caught in Beech Grove late Wednesday afternoon. They didn’t create any problems, but did remind us winter is still very much around. Overnight last night many areas reached the single digits even before midnight making for a very, very cold night.

If you want warmer weather you won’t have to wait very long. After a cold Thursday we moderate a little Friday and then make it to the 50’s by the weekend. We’re talking lower 60’s by Monday, we just have to hang on a few days. Right now it looks like temps stay relatively mild next week, at least for the first half of the week.

Also want to send out good luck wishes tonight to the NCHS Boy’s Basketball Team. Our faithful NCL web reader, Judy Serkes over at Woods Mill let us know the team – (25-1) – will play against Altavista tonight, Feb. 28th at 7:00 PM at Amherst County High School in the Region B Div 1 semifinal game.
Those guys are doing great so far and we wish them another win tonight. And thanks to Judy who’s apparently become our sports reporter for keeping us up to date!

As promised Dave, here’s another “jazzy” tune called First Snowfall and then after that an encore of the other one from earlier in the week!