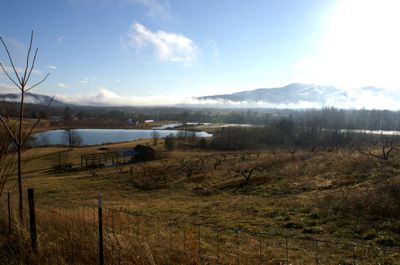 We continue our look and listen of local Nelson music artist John White. This past December he sold his 40,000th CD! You’ll be hearing selections from John’s latest CD, At My Leisure, released last year. Many of you know John from his days as a teacher right here in Nelson County, Virginia. You can read more about John below today’s weather cast.

Say so long to the warmer weather for awhile. Colder temps are back on the way. By Sunday, our afternoon high will be roughly 40 degrees cooler than we saw for a Wednesday high. Even today it will be about 20 degrees cooler than yesterday. The severe weather that plagued much of the country Tuesday night into Wednesday lost it’s punch by the time it reached the east coast. Though we had some scattered severe thunderstorms, the dynamics just weren’t there, thankfully, for the kind of severe weather event seen back in Tennessee and Arkansas.

That’s the very weather I once lived in and reported on year after year. Tornadoes were commonplace back there, and as a matter of fact just before moving to Virginia permanently, back in May 2003, I was on air doing weather the night a different tornado hit Union University in Jackson, TN killing 11 people in another section of the downtown area. I don’t miss that kind of weather at all and when folks tell me we have bad storms here in the Blue Ridge I just kinda smile. Tornado wise we just don’t get the severity. Hurricanes, that’s a different story for another day!

We did pick up some light rain Wednesday and Wednesday night, and the winds started kicking up by late afternoon into the evening. Though we manage to hit the mid 50’s Thursday, we won’t make it out of the 30’s for the end of the weekend. There’s a chance for rain Saturday. Next week temperatures are more seasonal.

The weekend: Scattered showers Saturday with highs in the mid 40’s valley & around 40Â° mountains. Sunday looks mostly sunny but very cold with highs only making it to the low 30’s valley and upper 20’s mountains. Overnight lows generally low and mid 20’s valley with lows around 20Â° mountains dropping to the mid teens by Sunday night.

As promised John White of Arrington takes us out with a cut from his latest CD At My Leisure. This one’s called Satin Sheets 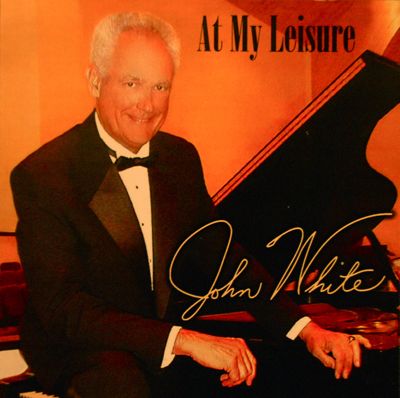