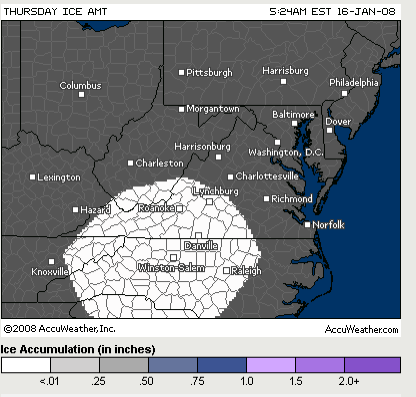 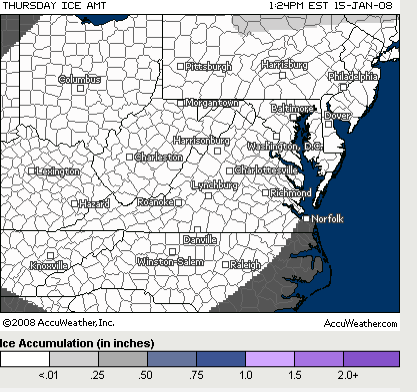 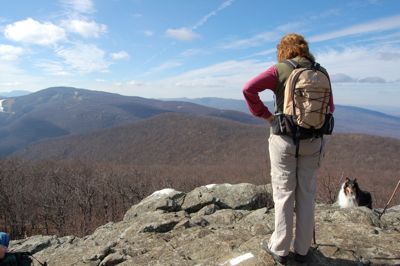 Yvette took the shot above this weekend while hiking the AT. There’s a special reason you see the person there with their dog. We’ll tell you more about it in our February issue of NCL….shhhhhh, it’s a secret! Sort of.

Can you believe we were talking about 70Â° temps last week only to have afternoon highs in the low 30’s on the mountains Monday. That’s pretty much a glimpse into the future for all of us over the coming week. Don’t look for temps to go up very much until at least next week. As a matter of fact, the coming weekend into the holiday next Monday, will bring some of the coldest weather so far this year. We will see a brief journey into the lower 40’s before then, but the deep freeze is on the way by Saturday & Sunday night. That is excellent news for Wintergreen Resort, they have been making loads of snow lately and most of the coming week looks favorable for them as well. Remember you can click on that handy highlighted blue logo above to get the latest slope conditions at anytime.

Speaking of snow, we have a shot at some of the real stuff by Thursday into Friday of this week. This one, like all of them here in Central Virginia is hard to pin down. It is apparent that we’ll have ample moisture to work with, but again depending on the track of the storm, that determines whether we end up with snow and or rain. We could be talking freezing rain even. Phil D’Ambola hates me when I say freezing rain or snow. But says it’s fine on Mondays or Tuesdays! This one is too far out to know for sure, but I will say you should pay attention to this as temperatures are more in line this time than last week. We’ll keep updating you throughout the week. There is the chance for light snow showers over the next day or so on the western slopes of the BRP, but nothing to get excited over.

Don’t forget we continue with our look & listen to local Nelson music artists. All of this week we’ll be hearing tracks from singer / songwriter Lindsey Osborne’s collection. Be sure to check out Lindsey’s info below and stay tuned to hear today’s cut as we head out of weather.

By the weekend skies are generally partly sunny with highs valley in the low 40’s Saturday and only upper 20’s by Sunday – mountains mid 20’s – overnight lows teens in the valley and single digits on the mountains.

By MLK on Monday look for highs around 35Â° down below and around 30Â° mountains.

As promised Lindsey Osborne takes us out with, a cut from her latest collection of songs. This one is called Colorful Life. 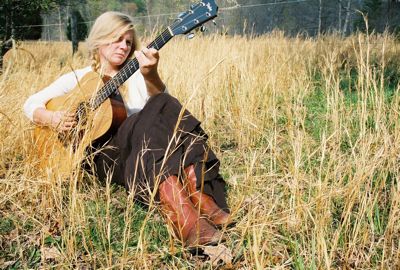 Visit Lindsey’s Homepage by clicking right here to learn more about her.