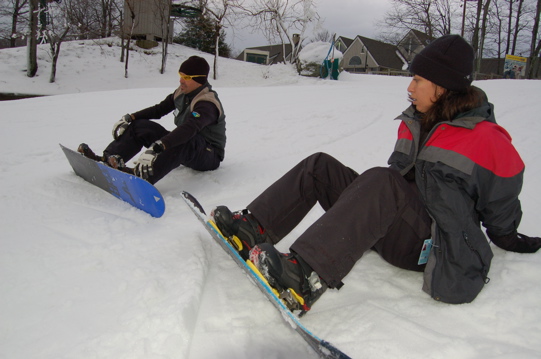 Above, Doug Caldwell, ride (Snowboard) instructor at Wintergreen Resort, gives Yvette Stafford, Publisher of NCL, a refresher course before getting back on the slopes for the 2007-2008 season.

It’s official, the 2007-2008 ski and ride season officially kicked off Saturday. NCL got a preview Friday when employees of the resort got to try out the slopes first. Yvette who started learning snowboarding last season, got a refresher course before taking to the slopes at least once before they shutdown for the day. “The ski & ride season at Wintergreen Resort is officially open as of Saturday, December 8th for day activities,” says Anne Marie Jones, Public Relations & Communications Coordinator with Wintergreen. Tubing and night skiing have not started just yet, but the resort will be letting everyone know as soon as it opens.

We got the chance to see Anne Marie taking her first lesson as well. She just began her new job at the resort this past Tuesday. She’s from Lynchburg and will be handling the day to day public relations duties at the resort. We like Anne Marie, a great person! And from the pictures below, she’s ready to learn all about the winter sports at Wintergreen firsthand! Welcome to Nelson County Anne Marie! 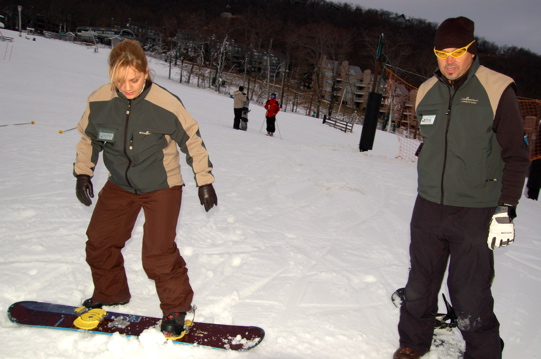 Doug instructs Anne Marie on the basics of snowboarding at Wintergreen. 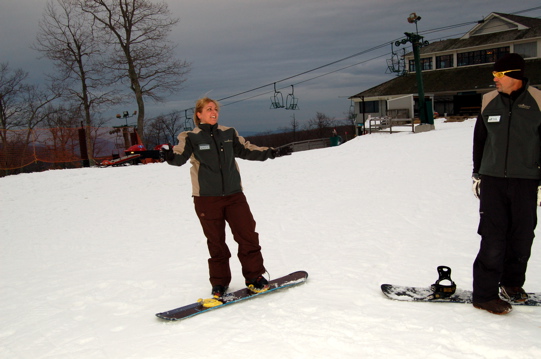 Anne Marie getting the hang of it after just a few minutes! 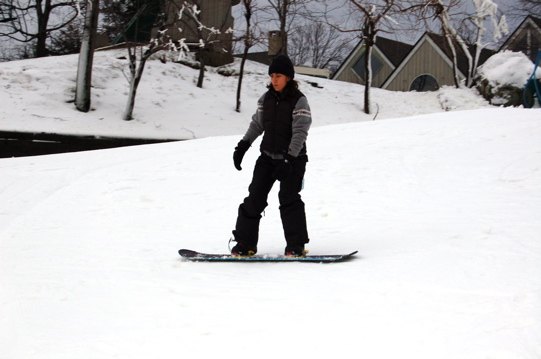 Yvette comes out of the jacket and gets serious! 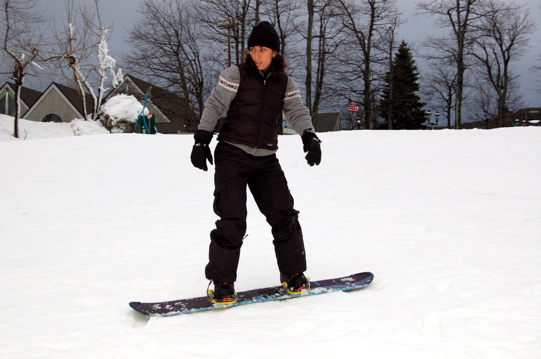 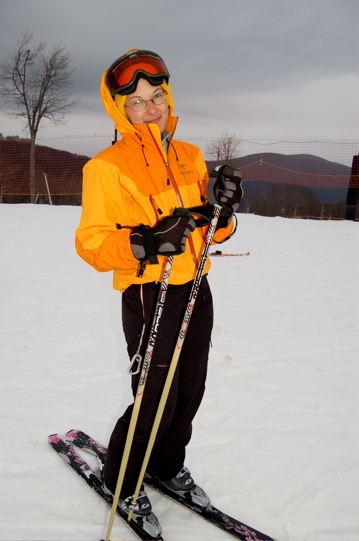 And look who showed up out there on the slopes to get a taste of the coming season? None other than our own NCL Mountain Photographer, Christina Kline. Christina is the real thing folks. Though she’s got the poles in this picture, she often skis without them! And she’s training to become part of Wintergreen’s elite ski patrol. She’ll be a good one for them, she really does know how to handle the slopes! 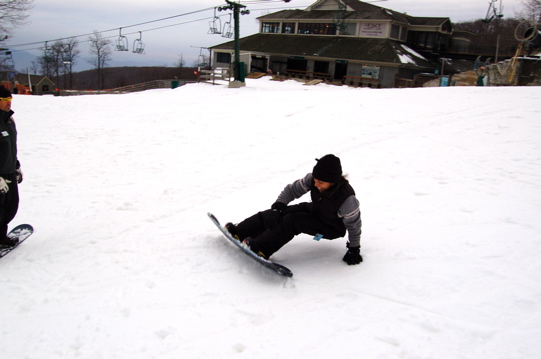 Okay, Yvette doesn’t have every aspect of it mastered! No Doug, she didn’t fall with hands extended, (a no-no in snowboarding) she’s getting back up! 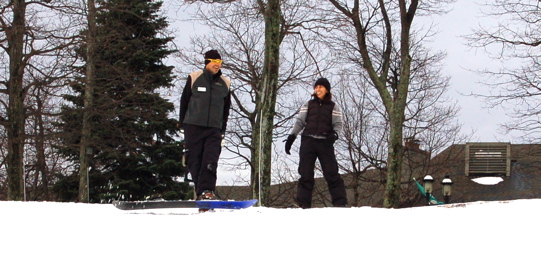 But that doesn’t stop her from getting right back up and trying again!

Our very special thanks to Doug, Anne Marie and everyone else in the winter sports division at Wintergreen for making us feel welcome for Friday’s shoot. You can get more information about skiing and riding at Wintergreen by logging on to Wintergreen Resort’s website by clicking here.