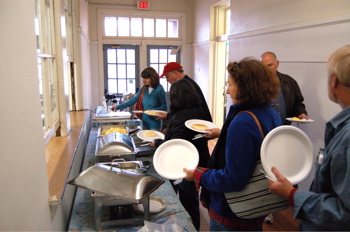 Before the market kicked off, the regular Rockfish Valley Community Center Breakfast started the morning with lots of yummy food!

The first ever Holiday Community Market looks to be a great success from the number of folks that turned out Saturday at the RVCC following the regular breakfast there. It was sort of an after season extension of the Nelson Farmers Market held during the warm months in Nellysford. 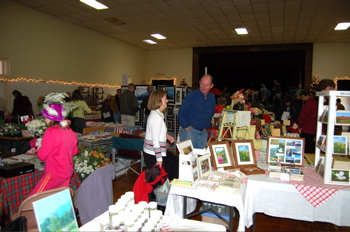 Lots and lots of booths lined the old gym floor at RVCC. 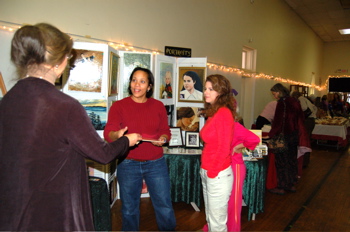 Kelly Kahle, of Kelly’s just north of Nellysford on 151, chats it up with folks at Saturday’s event. 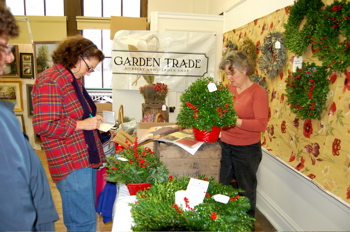 Betsy Greenleaf, checkbook in hand, buys a little something from, Susan Viemeister, of Garden Trade in Faber at the intersection of Route 6 and U.S. 29. 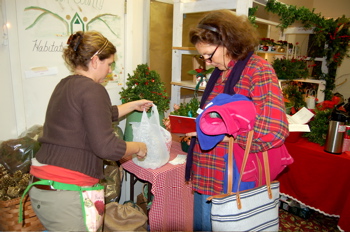 Betsy Greenleaf, checkbook in hand …again, now buys a little something just from Mariah Morgan, of Pharsalia in Tyro. Gee, Betsy has been busy! 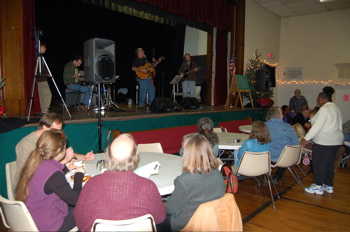 The crowd was entertained all day long by the sounds of Buzzard Hollow Boys, Ralph Rush & Red Drum Ramblers. 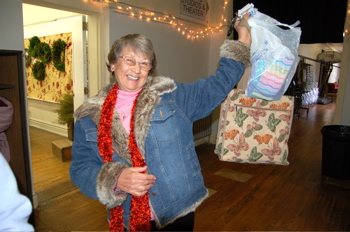 Milly Collella of Spruce Creek is obviously happy about her purchases! 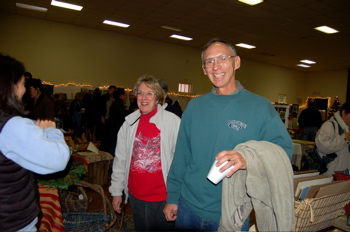 Our faithful NCL web readers, Henri and Elaine Weems of Rodes Farm dropped by to check out the market. 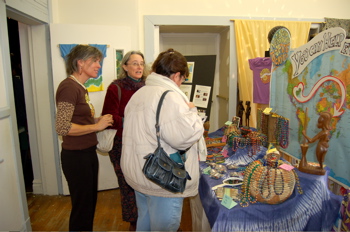 Jenny Sioux Hopkins talks to several people about a the Beads for Life Project she has been working on. It’s an organization that provides a self directed, creative alternative for income to Ugandan women that once worked the grueling stone quarries. Read more by clicking on the hyperlink above in this caption above. Jenny has been work very hard on this very worthy project. 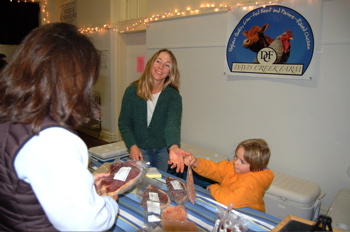 Above, Yvette buys some of the great local meats from Elizabeth Van Deventer, of Davis Creek Farm. They have very, very good meats! 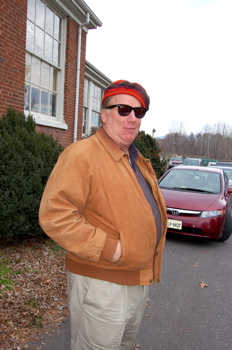 Lee Diehl says this is his tweedy bird look!

Though the days are getting colder now, it won’t be very long before the regular Farmers’ Market will be kicking off again in 2008! See you there!