Updated 1:35 PM EDT : Scattered showers may affect the area late today. Most areas will remain dry, but afternoon heating has caused some tiny showers to crop up. Better chances for rain are still Thursday. 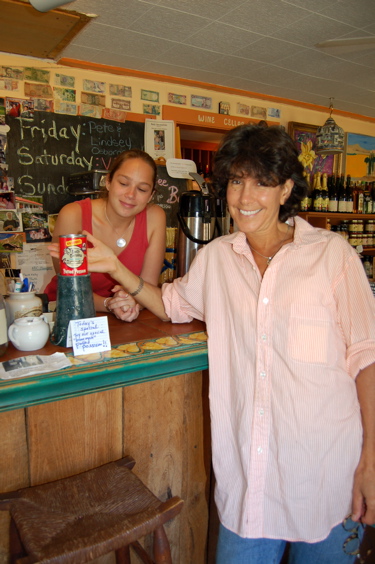 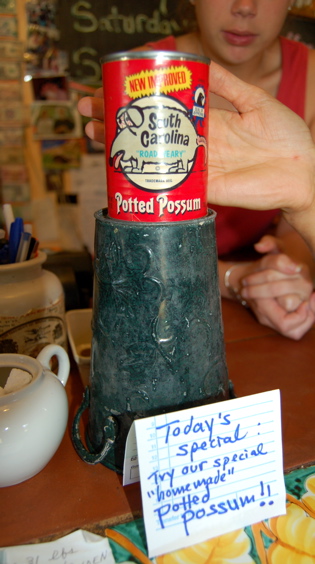 Above top photo left, Sarah Leake, and Kay Pfaltz of Basic Necessities in Nellysford, show off one of their latest delicacies added to the menu. As most of you know, Kay has been gone for the past week in France. When she returned, she added South Carolina Potted Possum to the menu since it has been requested so much over the past year or so. (Okay just kidding!) Actually this was something we got about a week ago and gave to Kay. Don’t ask!

Tuesday was another day unlike Fall. Summer is still holding on and will again today. Our NCL-Weathernet station on Devil’s Knob at The Wintergreen Nature Foundation even made it to 86 degrees on Tuesday afternoon. But … changes are on the way within the next 48 hours. A cold front is working it’s way toward Virginia from the west bringing a roughly 50-50 chance for rain Thursday into Thursday night. If we don’t get it then, we probably won’t have another shot for several days unless something tropical pops up. By the weekend temperature will feel much more like Autumn versus Summer.

I continue to watch numerous areas of disturbed weather out in the Atlantic. There is no immediate threat right now to the U.S. Eastern Coast, but they can’t be totally written off either. Tropical Storm Karen continues to maintain strength, but conditions over the next several days look to squash her from becoming a hurricane. She’ll have to withstand some pretty intense wind shear later this week before much else can happen. Not impossible, but not likely either. Another area of disturbed weather way, way out in the Atlantic is wandering around as well. We’ll see what this one does too. Current images of the projected paths are below.

The National Forecast Map shows high pressure still in control of our weather pulling in warm humid air from the south. It holds on today but weakens tonight in advance of a cold front working toward us providing chances for rain Thursday & Thursday night.

*Tonight Partly cloudy and mild. Increasingly cloudy by daylight.
*Lows valley around 63Â°
*On the mountains overnight low near 64Â° due to the blanket of clouds in the higher elevations.
*Winds: Light-S

The remainder of the week into the weekend look for a lingering shower Friday morning, with decreasing clouds as the day wears on. Highs in the valley low 80’s – on the mountains around 75Â° – Overnight lows – low 50’sÂ° valley and upper 40’s mountains. The upcoming weekend looks dry and seasonal with daytime highs in the mid 70’s valley and around 70 mountains.