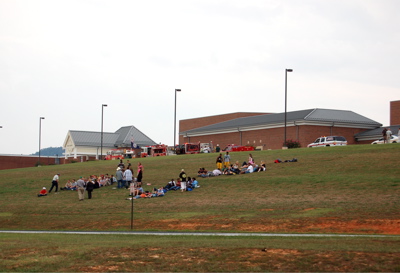 NCL has learned that a bomb threat has been received at the Nelson Middle School. Above is what the scene looked like around 4:00 PM EDT this afternoon. The threat was apparently received around the end of the school day.

In the photo above you can see students on the lawn out front. Area fire departments & law enforcement are on the scene assessing the situation. K-9 dogs are on the way to check as well.