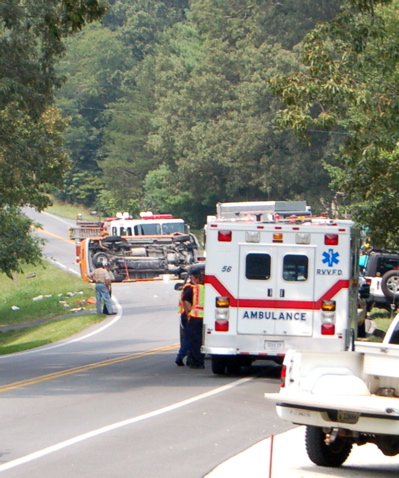 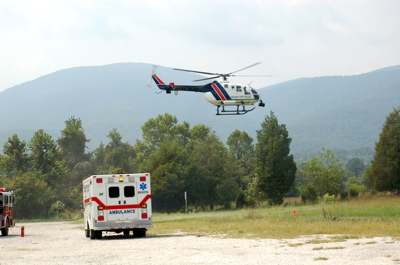 Early Thursday afternoon just after 1PM Three people were killed in an accident at the intersection of Route 151 and Greenfield Road (State Route 635). We understand it was a mother and her two young children. Virginia State Police Sgt. G.L. Miller tells NCL 48 year old, Laura Cavedo of Afton, was killed in the accident as were her two children ages 9 and 12. One vehicle, seen above, flipped on its side in the middle of the road. Troopers and rescue personnel had the highway shut down for a little over 3 hours while the scene was cleared.

Sgt Miller tells us that Trooper J. Wagner investigated the accident. Sgt. Miller went on to say that Ms. Cavedo was either stopped or slowing down southbound to make a left hand turn onto Route 635. A box truck driven by, Shawn Lloyd, of Ruckersville rear ended the Honda Civic driven by Ms. Cavedo. The impact pushed the car into another oncoming Fisher Auto Parts delivery van which impacted the Civic after she was pushed into his oncoming traffic spinning around. The van then flipped landing in the highway on it’s side. Sgt Miller said all of the people in Ms. Cavedo’s car were belted in on impact but the accident too great to survive. Tragically, the young children were killed at the scene, Ms. Cavedo died a short time later after she was airlifted to UVA.

Though the accident is still under investigation, state police say the facts of the accident are pretty clear. Sgt. Miller says they think Lloyd fell asleep at the wheel, there we no skid marks at the scene which would indicate brakes were never applied prior to the impact. Shawn Lloyd has been charged with reckless driving as of Thursday evening.

None of the other injuries on the scene in other vehicle were life threatening.

Updated: 4:23 PM – Some traffic is now squeezing by in both directions, but it is still very slow as wreckers get the road cleared

Updated: 3:03 PM EDT – Route 151 is still shut down. Traffic northbound is being diverted to Route 6 East toward 29. Traffic southbound above near Ashley’s Market is being turned around. Accident reconstruction crews are on the scene now.

Scroll below for photos from scene and info

Route 151 in Greenfield at Greenfield Road (635) is shutdown due to a major auto accident involving three vehicles. Injuries are serious, we are working to confirm fatalities. We believe at least one person has been killed.

A med flight helicopter is enroute to transport at least one of the injured. Our Yvette Stafford is still on the scene and updating us. The road is expected to be shut down for a lengthy time as crash team officials from VA State Police are on the way.

Continue to hit refresh link above to get latest updates. 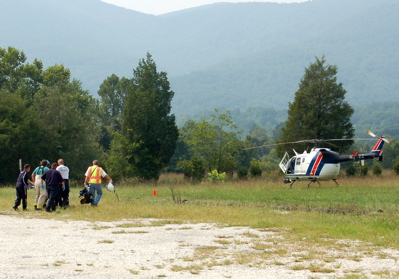 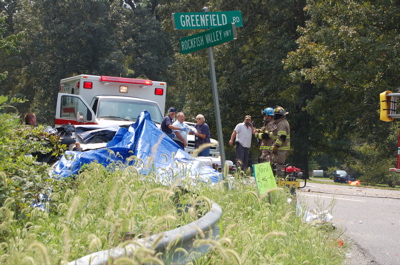 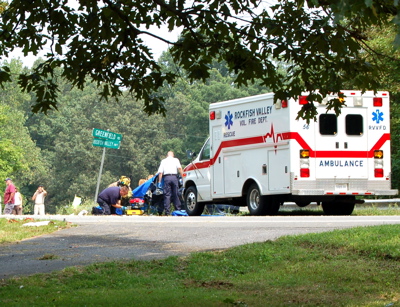 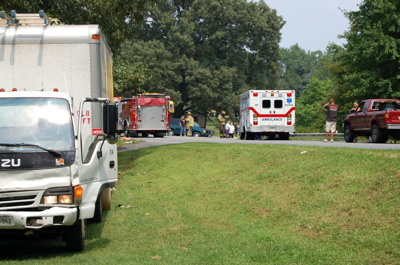 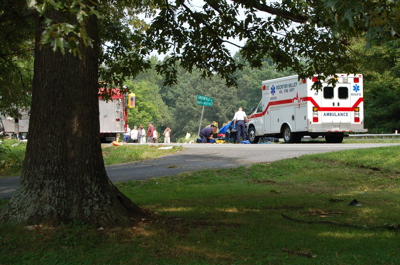 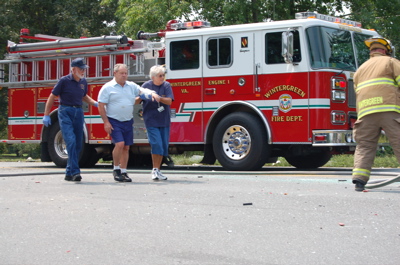 Video of one of the accident victims being flown out from the old Rockfish School in Afton Thursday afternoon.